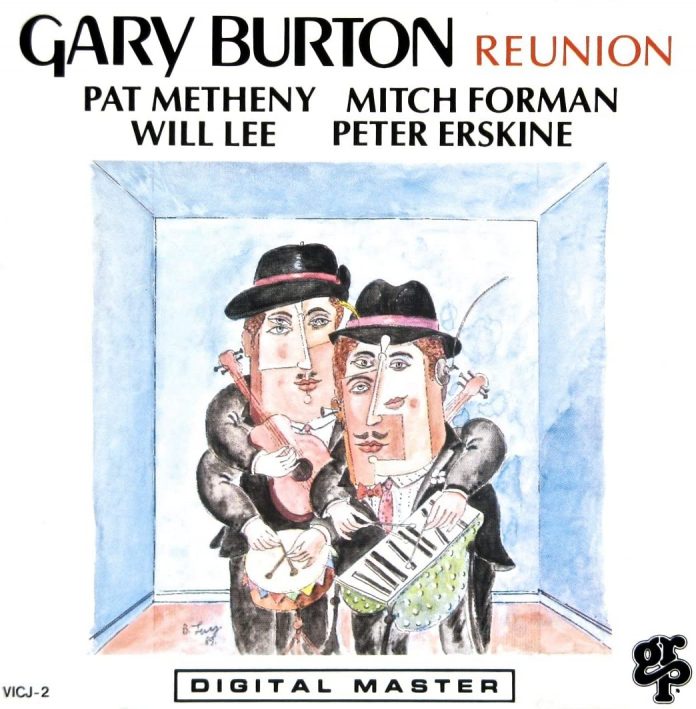 Jazzmen are so unpredictable. Writing on the sleeve of his 1988 Times Like These album. Burton said ‘I still don’t feel that I’m going to work with guitarists any­time soon’. Yet within 12 months or so, he has taken up with his old sideman Pat Metheny after a break of 12 years.

Buoyant and Latinate, this set contrasts significantly with ear­lier Burton/Metheny liaisons. Bur­ton, reticent as ever about his writing abilities, has employed five composers across 11 tracks (including the excellent Vince Mendoza), but there is no lack of cohesion. Everything is beauti­fully executed, and Burton and Metheny take a host of solos.

The latter’s recent group albums have demonstrated a wholesale return to extended soloing, and it can only be a matter of time before Metheny follows fellow fusioneers Benson, Ritenour and Carlton and cuts a collection of smoking standards. He might even go so far as to retire the charmless guitar synth heard on Panama. Standards would also be eminently preferable to the three pallid Metheny charts here.

The rhythm section cruise like a finely tuned engine. It’s espe­cially interesting to hear Will Lee in such an elegant setting, and likewise Mitch Forman, who has rarely been heard to play with such grace. His string synth appears to supply the superb piz­zicato effect at the close of Autumn‘s theme.

Minor reservations aside, this is a Burton that’s well worth going for.
Mark Gilbert

Previous articleJJ 06/80: Rollins reflects
Next articleJJ 06/90: The Mike Clark Sextet – Give The Drummer Some

Jeff Williams is a very well-known drummer in the jazz world, and has been for decades, having played and recorded with musicians such as...

The Melody Maker provided an interesting forum in recent issues for complaints and refutations about the Jazz Centre Society, the non-profit making organisation meagrely...