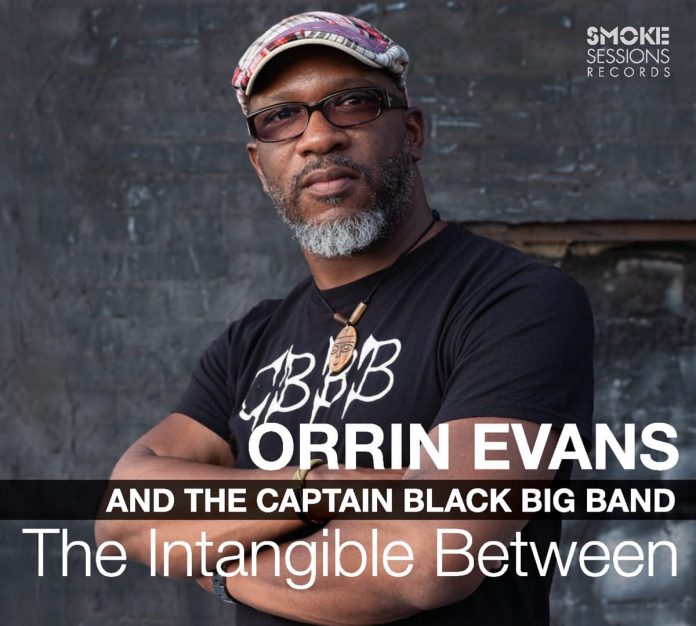 For me, as for many others, the idea of walking down the road to a friend’s house for coffee and a chat has seemed like an impossible dream over the last year. As and when life returns to normal (or a new near-normal) I have an even more ambitious plan … to visit the Smoke Club in New York. Their schedules and the many fine albums on their record label put it high on my bucket-list of destinations. As it happens, this album was not recorded at the club but the sleeve says it was recorded live, which I take to mean there are no edits, overdubbing or suchlike. It certainly sounds immediate.

The personnel varies from track to track. Sometimes this is not an either/or situation though: on Off Minor all four bassists and two of the drummers are present. In whichever combination, the band’s sound is powerful, although they also make room for delicacy, as on Johnny Mandel’s A Time For Love, with exquisite flugelhorn playing by Jones.

The album gets off to a splendid start with Lawrence’s Proclaim Liberty. In 5/4 time, it begins with a swirling prelude before Evans sets up a see-sawing chord pattern, both elements recalling 60s Coltrane. At one point Evans slips in a brief quote from The Red Flag (a risky stroke in a country that thinks Joe Biden is “left-wing”) but the same tune, as “Maryland, My Maryland”, was popular in the pioneering New Orleans repertoire so that’s probably all right!

Tough Love has more overt socio-political content, considering how love can combat hate and prejudice represented by, amongst other things, school shootings and the incidents that prompted the Black Lives Matter movement. The piece showcases poems by Evans’s brother Todd and one Doc Holiday, read (pre-recorded) by several of Evans’s friends and family and live by Evans himself whilst playing and conducting.

Thelonious Monk’s Off Minor gets a fierce working over from soloists Curtis, Dillard, Jones and Evans, the whole performance exemplifying the band’s ability to encompass and reconcile freedom and classic virtues. The album ends with a gorgeously gospel-tinged Evans composition. This is one of those rather rare creatures, an album that is all highlights.

Matthew Wright - 21 February 2020
Another issue from Jordi Pujol’s impressive Fresh Sounds label, this time the little-known singer Frank Minion, who played the New York clubs, including Birdland, in the 1950s. His first...