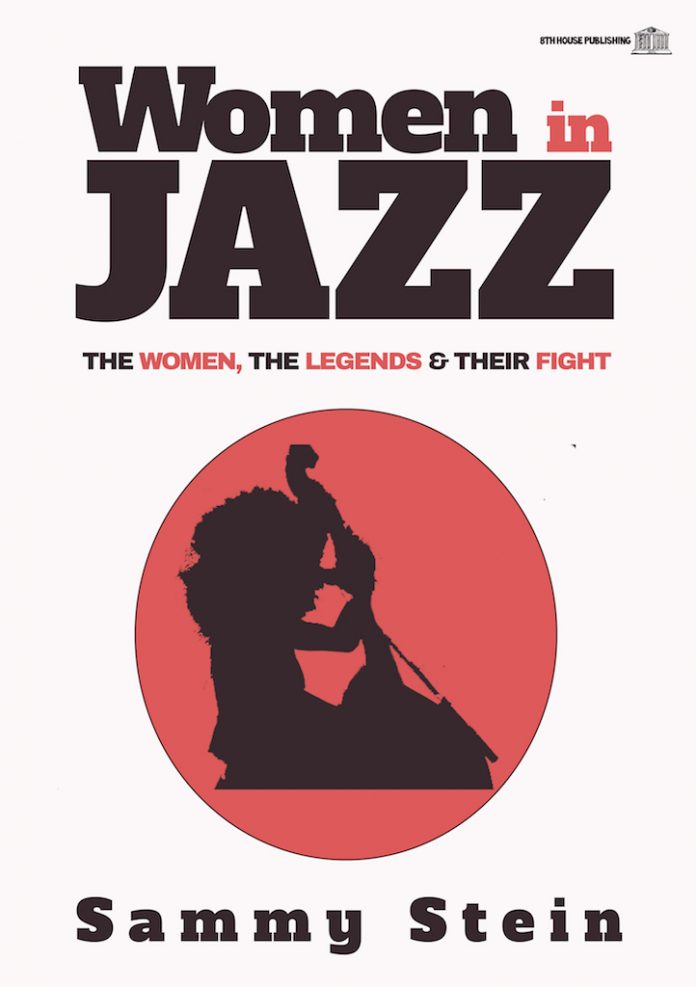 In the October 2017 issue of Jazz Journal, I reviewed Sammy Stein’s All That’s Jazz, and judged it to be simplistic, superficial, poorly written and riddled with typographical (or “genuine”) errors. It also lacked an index. Towards the end of that opus, Stein confided that she “could probably write a whole book on the various women who have become mega [jazz] stars”. She has kept and enlarged on that promise with the publication of Women In Jazz – an account of the experiences of women as instrumentalists, arrangers, agents, singers and broadcasters from the 1920s to the present. Not surprisingly, and never one to avoid a cliché, she discovered that “even in this day and age”, despite considerable advances on all those fronts, “jazz remains stubbornly misogynistic”. She then offers an irrelevant sketch of “New Orleans – Past & Present”, followed by short biographies of Bessie Smith, Billie Holiday, The International Sweethearts of Rhythm, Hazel Scott, Maxine Sullivan, Sarah Vaughan, Ella Fitzgerald, Betty Carter, Nina Simone, Alice Coltrane, Carla Bley, Melba Liston and Aretha Franklin – but not Mary Lou Williams.

Some sentences are incomplete and/or ungrammatical – ‘Women get less solos in jazz bands than men’ – and bring to mind Truman Capote’s acid comment on Jack Kerouac’s work, ‘that’s not writing, it’s typing’

The remainder of the book consists of (unedited) interviews Stein conducted with 34 women (mainly American), with photos and brief profiles attached. All contain some insights and relate experiences which are germane to the declared topic, but have been crudely spliced into the text. In other chapters, Stein discourses on the need for more formal courses on jazz in colleges and universities, the depiction of women involved in jazz in the social media, the declining market for CDs, some “words of wisdom and encouragement” (including those of Claire Martin), and a section on the “changing demographics and youth in jazz”. Her unremarkable conclusion is that “seeing women performing jazz music is becoming normalized”.

Unfortunately, this (her fifth) book shares and in some instances replicates the mistakes I pointed up in her last, and one again encounters Thelonius Monk and The John Hopkins Medical School. They are now compounded by such misspellings as Louis Belson, Billie Eckstine, Billy Holiday, Betty (ie Bessie) Smith, Benny Caret (Carter), Delfaeyo Maraslis, Jimmy Guiffre, Bob Wilder (Wilber), Clifford Jordan and former PM Teresa May (who presumably didn’t attend the Motreux Jazz Festival). This is not, to borrow Ms Stein’s coinage, a sohisticated book. Some sentences are incomplete and/or ungrammatical – “Women get less solos in jazz bands than men” – and bring to mind Truman Capote’s acid comment on Jack Kerouac’s work, “that’s not writing, it’s typing”. Throughout (and three times on one page) jazz women are repeatedly and irritatingly described as “role models”.

There is more to come. Alert readers might raise an eyebrow at the intelligence that Aretha Franklin sang at “Martin Luther’s funeral” and later performed for “Poe Francis”. But pride of place must go to the following two sentences. “Cutting sessions were – and are – brutal – a question of the last musician standing or, as it has been put, who had the biggest dick. Women have no tool to bring to a cutting session”. Think about that. Again and quite inexcusably, there is no index or bibliography. Ms Stein seems to be unaware that there have been some significant contributions by women writers on the roles of and issues – not forgetting racism – faced by “women in jazz”. These include Sally Placksin’s American Women In Jazz 1900 To The Present: Their Words, Lives And Music (1982), Linda Dahl’s Stormy Weather: The Music And Lives Of A Century Of Jazz Women (1984) and Morning Glory: A Biography Of Mary Lou Williams (1999), or the revealing autobiographies of Lena Horne and Anita O’Day.

Given these and other shortcomings, I was baffled to read the encomium of one reviewer that “Ms Stein writes in a commanding and authoritative style” and that “in her own inimitable way [she] has given us a work that will be read, poured [sic] over and discussed for quite some time”. Another called it “an intelligent, insightful and consistently entertaining read”. Am I missing something? At the end of the book there is “An 8th House Publishing.com” advert for an alternative Sammy Stein confection: Women in Jazz: The Warriors & Their Words – “an oversized, limited edition, hardcover, full color photojournal book containing full interviews” (italics not mine). To paraphrase Groucho Marx: “once you put it down you can’t pick it up”.

No one can doubt Stein’s jazz enthusiasms, but her clumsy prose style, spelling, reading and “research” as well as her current publisher’s standards, still leave a lot to be desired.

Elliot Marlow-Stevens - 09 December 2021
Recorded in Liverpool earlier this year, Bloodcog’s The Reverse Of Reality combines jazz and experimental music to create a mind-bending set of tracks that are difficult to define. Glitching, looped...