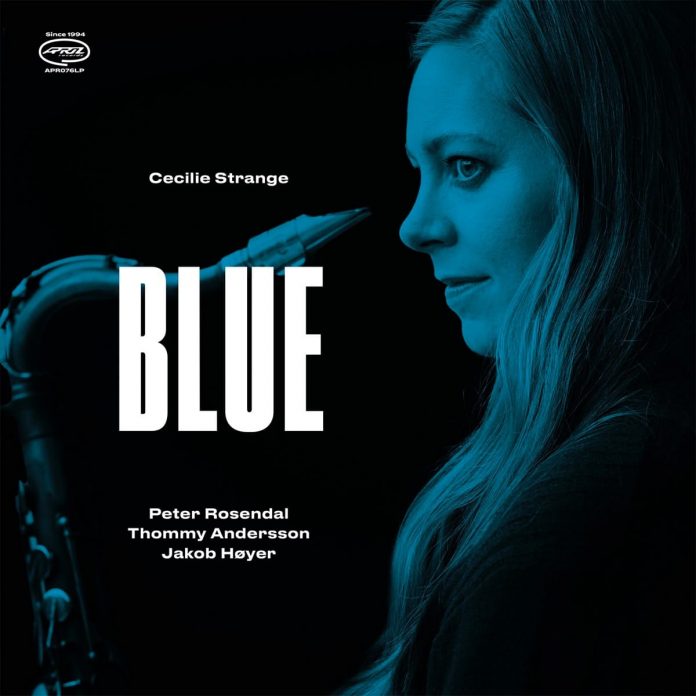 The various shades of blue on this album are of the Nordic variety; Ms Strange has written and here performs six compositions with her quartet reflecting her impressions of her Danish surroundings. Her music is certainly blue in terms of melancholy and all are slow except for the fifth track, The Dance, where the mood shifts slightly, and the group move into a comfortable medium tempo.

Bridge, which starts the programme, is a slow, sombre ballad where the tenor saxophone hovers over the rhythm section like a diaphanous haze, blue at the edges. Thommy Andersson takes a bass solo, full and fruity, a touch melancholic to key in with the tenor sax, and only the drums offer a rhythmic counterpoint with their clatter and hissing cymbals.

Pianist Rosendal plays mainly dark chords throughout this record, occasionally resorting to a lighter, skipping approach. He has a light touch during introductions and some of his solos and generally fits in with the leader’s requirements, as indeed do all the rhythm players throughout.

Bjergkobing is based on the soundtrack music of a Norwegian film. Hymn To Papa is Cecilie’s requiem for her father, who died when she was just 19. It is slow and stately with just a hint of agitation near the end, but it ends and then starts up again to finish softly and melodically.

Mykines is a mist-shrouded island reached by ferry in Denmark and the music is melodic and lyrical. The final track First Step was written for the leader’s son and it ends this recital. Only the inclusion of at least one up tempo song may have improved this recording but that might have changed the overall mood required.

Although the bulk of this music is dark and strangely hypnotic, it is enjoyable. Appreciation will be aided by being in a quiet, peaceful mood. The leader’s tenor sax sets and maintains the mood for each selection and her improvisations are fascinating. Her sound is in the Lester Young to Stan Getz region but the overall style and approach is all her own.

Good jazz is valid in any place, space or time and although this music is personal, regional and melancholic it retains a warm glow all through. The sound is very good with warmer, deeper bass and firmer definition on the vinyl.