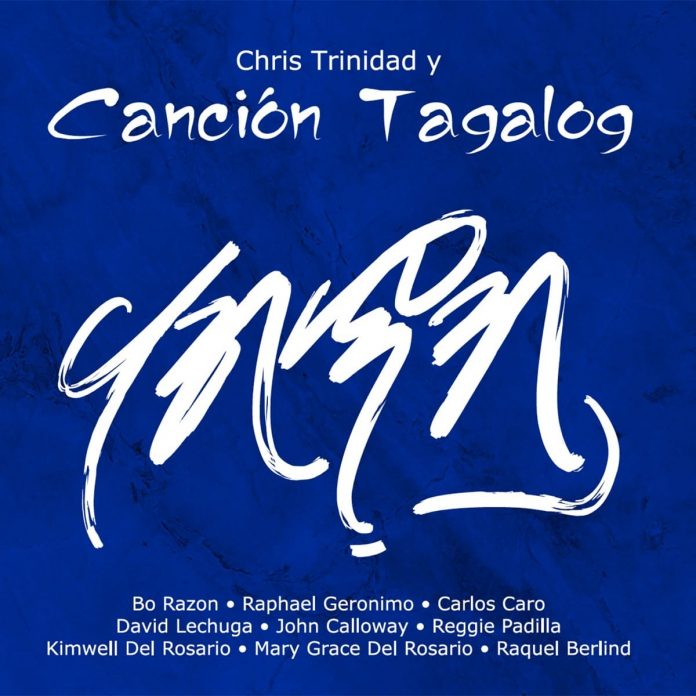 Described in the release notes as “a musical reimagination and remix of the colonial heritage of the Philippines and of Cuba”, Chris Trinidad’s latest album is a combination of musical influences, complete with excellent musicianship and originality.

“Canción Tagalog” translates to “Tagalog song”, Tagalog being a people and a language in the Philippines. Trinidad explains the inspiration in the extensive liner notes, detailing among other things the relationship between Filipeno and Cuban cultures and their common subjugation by the United States, Trinidad’s own heritage, and the musical influences that inspired this record.

The album is divided into three “courses”, each comprising four pieces. The culinary theme in the album’s presentation is drawn from metaphor, as Trinidad writes: “A little ornamentation here, a dash of orchestration there, with hints of savoury flavours, and tastes and textures from a bygone era.” Trinidad explains the specific musical features that informed his composition, such as the Kundiman (a Tagalog love song) and the Rondalla (a Spanish string instrument ensemble), and how the album is structured around them.

The opening track, Alin Mang Lahi (Any People), is a kundiman originally written by Jose Rizal, which Trinidad rearranged with the main melody played on the tres, a six-string Cuban guitar, by Bo Razon. Trinidad uses the mixture of influences to great effect, and draws on the variety of harmony and rhythm to create vibrant and dynamic tracks. The sixth track, Sa Ugoy Ng Duyan (The Rocking Of The Cradle) uses a simple rhythm and harmony to back Kimwell Del Rosario’s expressive violin melody. In contrast, Taal begins with a variety of percussion, followed by tres and flute in a series of unison lines, and is led by delicate vocals from Raquel Berlind.

The tracks are remarkably complex in their use of musical techniques, and Trinidad has given great thought and consideration to the arrangements, the melody, harmony, and rhythm, and their history. Chris Trinidad Y Canción Tagalog is a fascinating album, and certainly worth listening to.

Fred Grand - 08 March 2019
As I know from personal experience, certain surnames elicit an ironic sense of expectation. Any pianist named "Maestro" surely needs to be doubly at ease with their art, and...