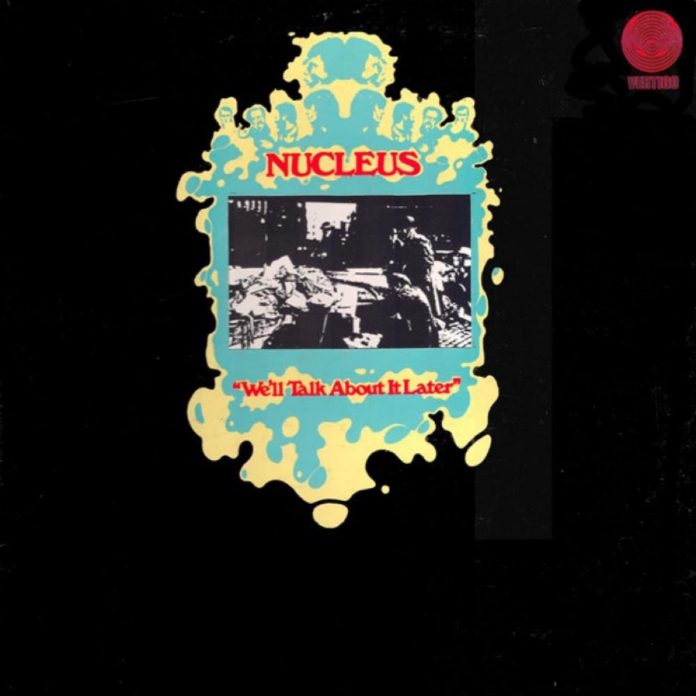 Unfortunately Nucleus haven’t yet managed to sound as consistently good on record as they do in person, because although this is an excellent LP (marginally better than ‘Elastic Rock’, I think), there are still some moments of boredom.

Karl Jenkins has contributed some punchy themes for the band to work on, and Bearded Lady is a particularly virile item with Carr’s best solo of the date. Spedding is in large part responsible for the group’s distinctive sound; his imaginative use of effects makes one regret that Jimi Hendrix, the boss of this kind of guitar playing, never recorded an album or two in this kind of setting.

The bouzouki solo on Lullaby, although com­petent enough, is too delicate for the group to hold its own in this atmosphere. I suspect that Chris is also responsible for the vocal on Joe Pimp; it doesn’t do any harm anyway.

Nucleus fans won’t need to be told to buy this record; waverers might like to sample Oasis as well as the aforementioned Bearded, and should also catch Brian Smith’s exciting solo on Easter 1916.