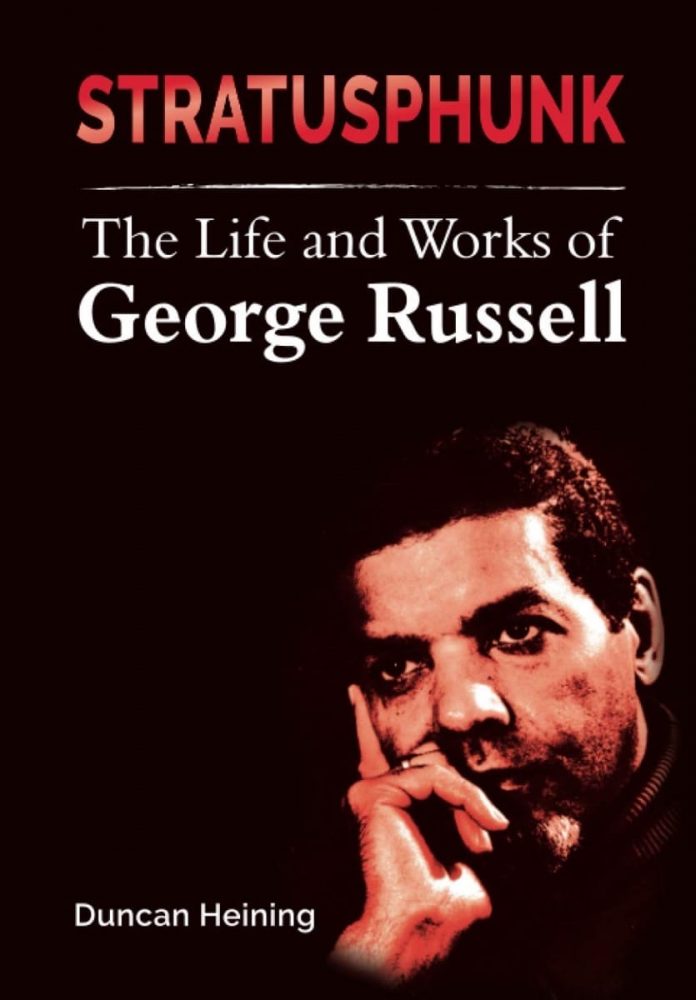 George Russell, despite having created one of the most influential theoretical approaches to music, having been at the centre of one of the most significant eras of jazz, and having known and worked with its most revered practitioners, is surprisingly not as well known as he should be. Duncan Heining seeks to correct this. Originally published in 2010 as George Russell: The Story Of An American Composer, this new book revises its predecessor and is available in paperback.

After opening with Russell’s early life in Cincinnati in the 1920s, Heining examines the evolution of his individual approach to music, and the influence that periods such as his early work in the 1940s, the time he spent in New York, his brief move to Scandinavia and his return to America as a teacher at the New England Conservatory all had on his music.

Heining’s academic background brings a critical edge to the biography. He underlines the significance of Russell’s personal life and contextualises it within the social climate of the era to see how they both contributed to his development as a musician and his own artistic principles. As a result, the book also serves in part as a critical analysis of the phenomena that influenced the development of jazz in the mid-20th century.

The book is exceptionally well researched, and the new edition includes further detail such as an exposition on the Lydian Chromatic Concept, which was to become Russell’s most celebrated achievement. However, as Heining notes, only through understanding the life of Russell can such an achievement be contextualised and understood properly. In the book’s conclusion, Heining presents a final summary of the effectiveness and consequences of the Lydian Chromatic Concept, and its role as a tool for improvisation. In doing this, he examines both positive and negative accounts of the theory from other musicians, and considers its legacy.

As well as being a critical biography, Stratusphunk also serves as an incredibly in-depth record of Russell’s career. The appendix lists tour dates (with respective personnel) and there is also a comprehensive discography.

Heining’s examination of Russell’s life is an indispensable account. It is also an essential book for readers seeking to better understand the complex socio-cultural surroundings of jazz, and for those interested in a key epoch of both jazz and the evolution of music theory.

Andy Hamilton - 17 February 2020
Jazz violin has a more classical heritage even than jazz piano. Players like Stuff Smith and Billy Bang are outnumbered by more classical stylists such as Eddie South –...

Jazz Journal - 25 April 2021
The Connection may have added in­sult to injury as far as the linking of jazzmen and "junkies" is concerned, but it has done the public a good turn with...