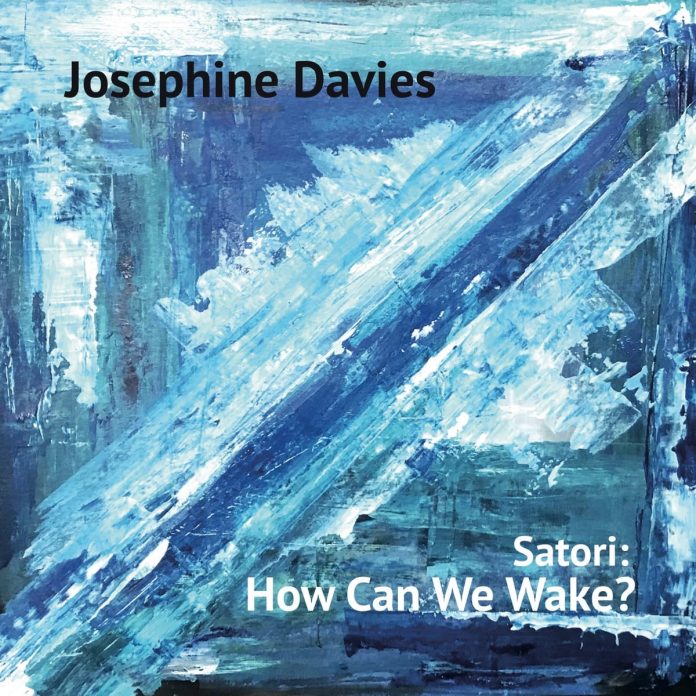 This is the third album from Satori, the trio led by saxophonist and composer Josephine Davies. It follows the self-titled Satori (2017) and In The Corners Of Clouds (2018).

The band’s name is the Japanese Buddhist term for a temporary state of enlightenment that can be experienced after a period of concentrated focus. Galvanised by a book about the work of Patanjali, the Indian sage who wrote the Yoga Sutras, each of Davies’s compositions reflects a different state of mind.

The album’s musical pathway leads from Ananda (meaning bliss) to Duhkha (pervasive dissatisfaction), Nirodha (the possibility of liberation), Mudita (joy), Daya (compassion) and Klesha (affliction). At the end, the path comes full circle with Ananda, the achievement of bliss again. Three short sutras (concise verses) are intermixed throughout this journey with each being a solo piece from firstly the drums, then bass and lastly, saxophone.

Eight of the 10 pieces were recorded live at the Oxford Tavern in London’s Kentish Town and the other two were recorded next night at the Total Refreshment Centre in Hackney.

Whilst each piece on the album is numbered they join together in an effortless improvisational stream. Apart from Daya, where she’s on soprano sax, Davies plays tenor throughout. She’s clearly on top of her game. Maddren converses with her via a muffled current of brisk and nimble drumming with intricate and ever-changing patterns on drums and cymbals. It’s totally absorbing, and all the while, Whitford’s creative bass spontaneously anchors everything.

The absence of a chordal instrument provides plenty of space in a music that ranges widely from the deep and spiritual to the upbeat and exuberant. You can’t entirely pin it down but in the mix there are middle Eastern sounds, scatterings of Indian raga, contemporary and free jazz, mid-European traditional music, a snatch of Shetland folk song and hints of John Coltrane. It’s an atmospheric potpourri and a musical tour de force. Each time after listening to it I felt strangely content.

Elliot Marlow-Stevens - 31 December 2019
Having been a working musician since the 1970s, guitarist Ray Obiedo has brought together many of his colleagues, the industry's top musicians, for his latest album, Carousel. Amongst the...