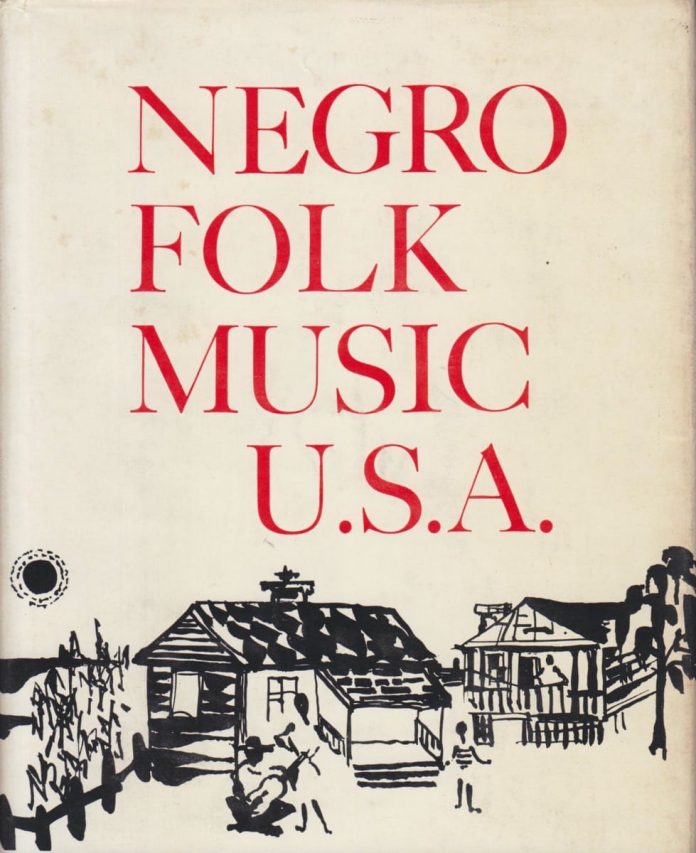 Previously published here in the lamented Jazz Book Club, 1966, ‘Negro Folk Music U.S.A.’ was first published in 1963 and is now in its fifth printing. It is not therefore, a revised edition and the position that Courlander took in 1963 still remains unmodified. Even at that time there were many points of criticism to be made in certain areas and these are now more glaringly apparent. But before coming to them I should state here and now that this is a valuable book to the jazz, folk and blues enthusiast who wishes to know more about the background to his music. Courlander, whose ‘The Drum and The Hoe’ is an outstanding study of folk tradition in Haiti, has specialised in the study of the relationship of African elements in Afro-American music. His deep knowledge of the West Indian forms in particu­lar has led to important publications in this field; it has also drawn him to comparisons between North American and West Indian black musical forms and their relationship to ‘Africa’. Some of these conclusions, I believe, needed revision, and the definition of African sources made more specific. But this I have tried to do in ‘Savannah Syncopators’ and I will not labour the point now.

Courlander concludes, in a brief discussion in the first chapter, that ‘jazz lacks the social meanings and functions of true folk music’

After a discussion of African elements Cour­lander moves to ‘Anthems and Spirituals as Oral Literature’, considering the relationship of their content to Biblical texts and the use of imagery by singers and preachers. But it is oddly undiscriminating between spirituals and gospel songs, though William and Versey Smith and Sister Rosetta Tharpe are quoted, and omits any examination of the Negro churches, denominations and sects as such. A very brief note on ‘Cries, Calls, Whooping and Hollering’ which uses some of the author’s own important field recordings in Alabama for illustration, leads to possibly the best section in the book, devoted to ‘Sound of Work’. Work songs are given detailed analysis and there is much emphasis on the Library of Congress recordings so that the subject material is fairly accessible to the reader. The sources are therefore not too esoteric – and shouldn’t have been for the author either, when it came to the ‘Blues’. Even in 1963 this seemed totally inadequate; today, with the result of a few years of addi­tional research this chapter is elementary in the extreme, depending as it does mainly on the recordings of Sonny Terry and Snooks Eaglin for its examples and showing no awareness of research in the past fifteen years. This chapter is likely to be the least satisfactory to readers today.

It is followed by brief chapters on ring dances and playparty songs, Louisiana Creole songs (rather out of sequence, this); Ballads and Minstrelsy – nothing on the latter, and John Henry, Frankie and Stack O’ Lee repre­senting the former. The final chapters are devoted to ‘Dances’ and ‘Instruments’, identified as ‘Drums, Gutbuckets and Horns’. But if the reader anticipates much on the use of horns in jazz he will be disappointed. Courlander concludes, in a brief discussion in the first chapter, that ‘jazz lacks the social meanings and functions of true folk music, and the lack cannot be compensated for merely by constant delving into original sources for material.’ Consequently there is no room for Jazz, even in its rudimentary forms and earliest phases, in ‘Negro Folk Music U.S.A.’

One of the most useful sections of the book is the concluding one, in which many musical transcriptions are presented, made from Courlander’s recordings, and those in the Library of Congress, by John Benson Brooks and Mieczyslaw Kolinski. Ethnomusicological analysis is still not very developed in many areas of Negro folk music, and particularly in blues, gospel song and the more recent forms that the music has taken. A total revision of his book by Courlander could have introduced such studies into these areas of research and sub­stantially advanced scholarship and knowledge. If Columbia University Press have future publi­cation in mind I hope it will be a new edition rather than a sixth printing.