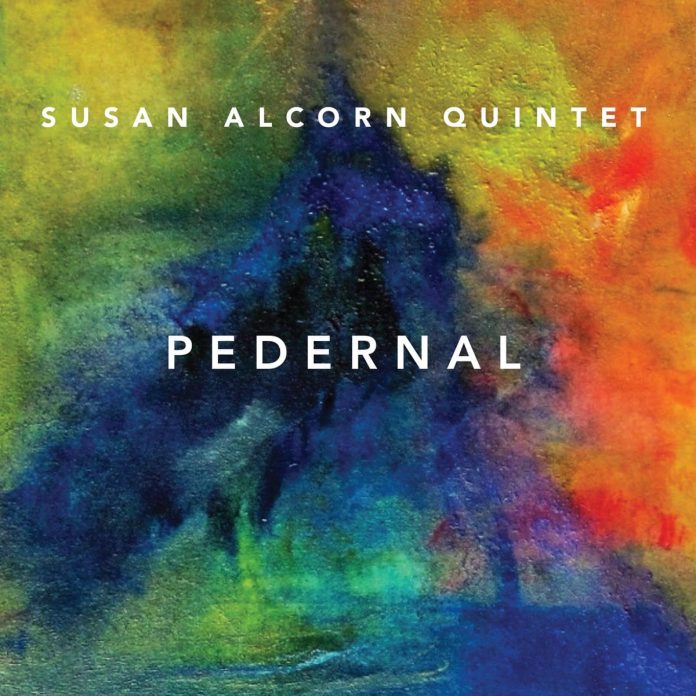 Pedal steel guitars have occasionally been used in a jazz or improvised setting but, in reality, not that often. Gary Burton’s Tennessee Firebird (RCA, 1967) and Danny Gatton’s Redneck Jazz (NRG Records, 1978) are prime examples but with no disrespect to either player implied or intended, Alcorn is no Buddy Emmons.

Born in Cleveland, Ohio in 1953, Alcorn started her musical career in her teens, playing country and western in Texan swing bands. But her musical direction changed after listening to records by John and Alice Coltrane and Albert Ayler. She was particularly impressed by Ornette Coleman, whose harmolodics demonstrated that melody and improvisation are not necessarily dictated by chord progressions. These influences have clearly impacted on Alcorn’s steel guitar sound, which is quite extraordinary.

Sometimes the sounds made by the two guitarists are difficult to distinguish such is their preternatural confluence. That’s initially heard on the title track, where the instruments merge seamlessly. Improvising violin maestro Mark Feldman manages to impart ethereal, vibrato-rich passages which complement the guitars perfectly. Sometimes the compositions are almost Colemanesque in structure, such as the angular start to R.U.R. At other times, as on the lengthy Night In Gdansk, there’s a sense of dreaminess, often sombre but always captivating. The set concludes with the upbeat countryish Northeast Rising Sun replete with a catchy head. But Alcorn always successfully manages to marry intermittent sections of improvisation with riveting ensemble lyricism.