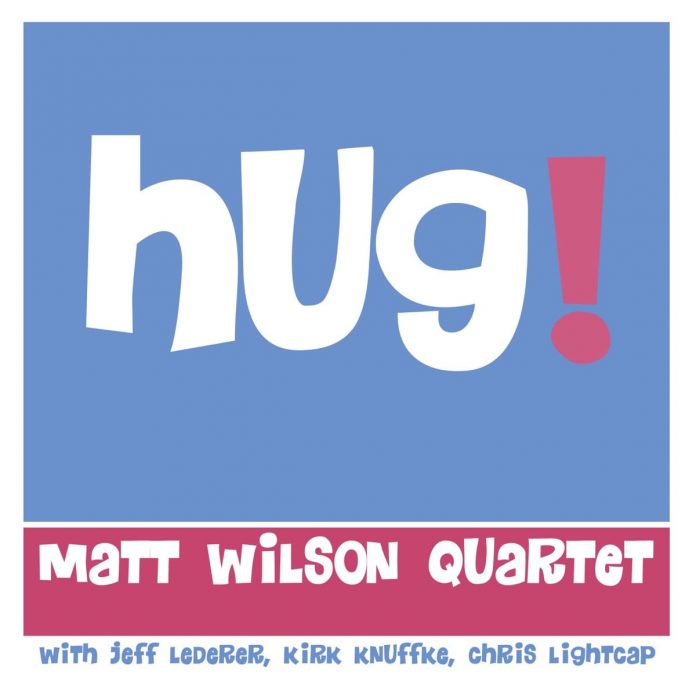 Matt Wilson’s debut as leader in 1996 was on Palmetto, and featured Dewey Redman. Also on Palmetto, his new release features long-time collaborators Jeff Lederer on reeds, Kirk Knuffke on cornet and Chris Lightcap on bass. It’s an eclectic programme, featuring compositions by that same Dewey Redman, plus Gene Ammons, Abdullah Ibrahim and Charlie Haden, as well as by Wilson himself.

The album opens with tenor-battling Gene Ammons’ The One Before This. Abdullah Ibrahim’s Jubulani has a South African feel but – for South African jazz – an unusual piano-less instrumentation. There’s a furiously exciting version of Charlie Haden’s In The Moment, with Kirk Knuffke (cornet) in Don Cherry mode.

The enchanting, absurdist Space Force March/Interplanetary Music is made slightly less enchanting by its extracts from a speech by stone-cold loser President Trump – his announcement of the formation of a “Space Force”, as a “sixth branch” of the US armed forces. It’s a “big statement”, the loser declares – and a breathless, idiotic one. The band launch into a jolly march, against Trump’s interjections, which segues into Sun Ra’s Interplanetary Music – the track is an ideal anthem for the Space Force if it appears, and an excellent development of Ra’s inter-planetary jazz literature.

The jauntily boppish Joie De Vivre, from Dewey Redman’s 1974 album Coincide and reprised on The Struggle Continues, is an attractive theme, with its truncated motifs – an album highlight, featuring Jeff Lederer’s gruff tribute to the great tenorist. The charming version of Roger Miller’s 1965 hit, King Of The Road, features Lederer on clarinet – a versatile player, clearly.

Wilson’s own compositions include Sonny And Share, an Ornettish tribute to Sonny and Cher, and the rather lugubrious, melancholic ballad Every Day With You. If Joie De Vivre is boppish, the title tune is playfully poppish, with strings arranged and played by Matt Combs. The album closes with the Wilson original Hambe Kahle, whose township sound was inspired by a visit to South Africa. A thoroughly delightful and compelling release.

Jazz Journal - 30 April 2021
Dave Weckl is the latest member of Chick Corea's Elektric Band to produce his own showcase album on GRP. It follows a pre­dictable formula, juxtaposing model renditions of funk...