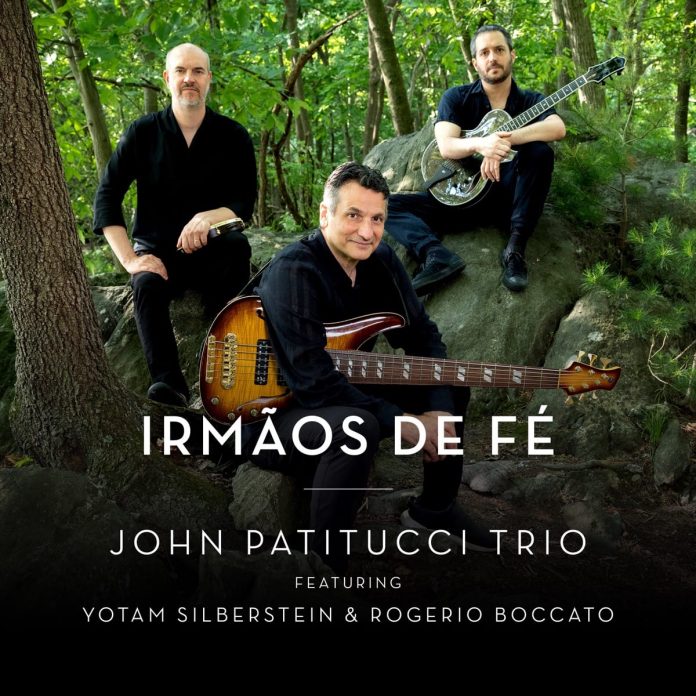 Bassist John Patitucci leads his trio through a series of nine compositions with jazz at their core but influenced by a variety of genres. His last album, Soul Of The Bass, was released in 2019, and over the past few years he has worked with other established jazz musicians such as Norah Jones and Wayne Shorter. I have also just reviewed Randy Brecker & Eric Marienthal’s latest album, Double Dealin’, on which he plays bass, so evidently Patitucci aims to keep his musical output just as prolific as it was in the 1980s and 90s.

Alongside Patitucci, Yotam Silberstein provides a mixture of slow, thoughtful melody and blisteringly fast improvisation with a warm tone and dynamic voicing on both acoustic and electric guitar, and Rogerio Boccato switches between light, reserved percussion and leading, purposeful drums.

The compositions utilise the trio format in its pure form as well as exploring more intricate arrangements via the re-recording and doubling of instruments. For example, on the fourth track, Desvairada, guitar and bass work in complex unison through a rapid melody, but as the piece progresses, overdubbing intensifies, as guitar overlaps guitar creating a rich, developed sound.

In contrast, on the following track, Olha Maria, Patitucci uses a bow to provide a breathy, solemn melody over arpeggiated acoustic guitar, with the addition of electric guitar providing brief, distant accentuations. This approach is also used with great effect in the bossa nova style of Nilopolitano, as the almost duelling guitars take on both a melodic and percussive role.

Three Faces records is run by Patitucci and his wife Sachi, and serves as a platform to release their own music. Until now, Irmãos De Fé was only available on vinyl. On this CD version the tracks have been remastered for digital release. Demonstrating his skill in both straightahead jazz and samba and even, in some moments, in the near-experimental, Patitucci’s latest album is both captivating and enjoyable.

Dave Jones - 03 February 2019
This album is reminiscent of numerous rock/pop influenced piano/synth-led albums from the late 1980s and 1990s, but there’s also a sense that it provides something of a 2018 take...