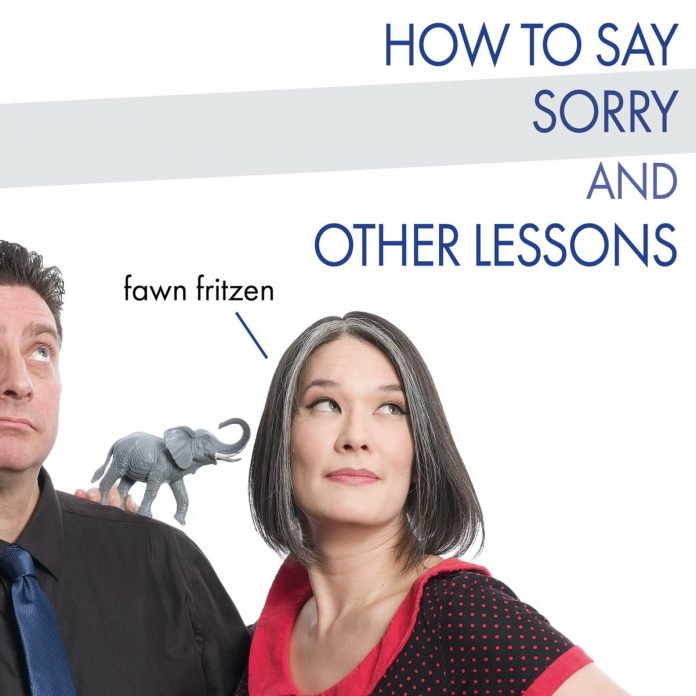 Although not well known internationally, Fawn Fritzen is another singer who deserves to be heard outside her Canadian homeland. With ancestral, cultural and language roots in German, French and Chinese, she has much to draw upon.

Adding English to her language skills, she first showed an interest in folk and classical music, and also in musical theatre. It was only later that she began performing as a jazz singer and in 2014 she won the Julian Award of Excellence for Emerging Jazz Artists. In addition to performing, Fritzen also conducts workshops on learning styles, growth mindset, creativity and neurodiversity.

It was only a year after the Julian Award that she began writing lyrics reflecting not only her own life, prompted by the end of her marriage, but also the lives of others in a troubling and changing world. A direct result of this was a show co-written with pianist-composer David Restivo, a live performance of which is presented here.

Through How To Say Sorry And Other Lessons, Fritzen takes a clear-sighted and sometimes acerbic look at themes including failure, feminism, conflict, consent and connection. Fritzen’s sound is distinctive, her diction clear, which is an essential quality because, as implied above, the lyrics of her songs have to be heard and their messages understood. The accompaniment, in which Restivo is predominant, is effective and apt.

Mostly reflective ballads, the live show ends with a lively gospel-flavoured song, Show Me Your Heart. This live session was recorded at The Old Fire Hall, Whitehorse, Yukon, Canada, surely the top of any list of romantic-sounding venues.