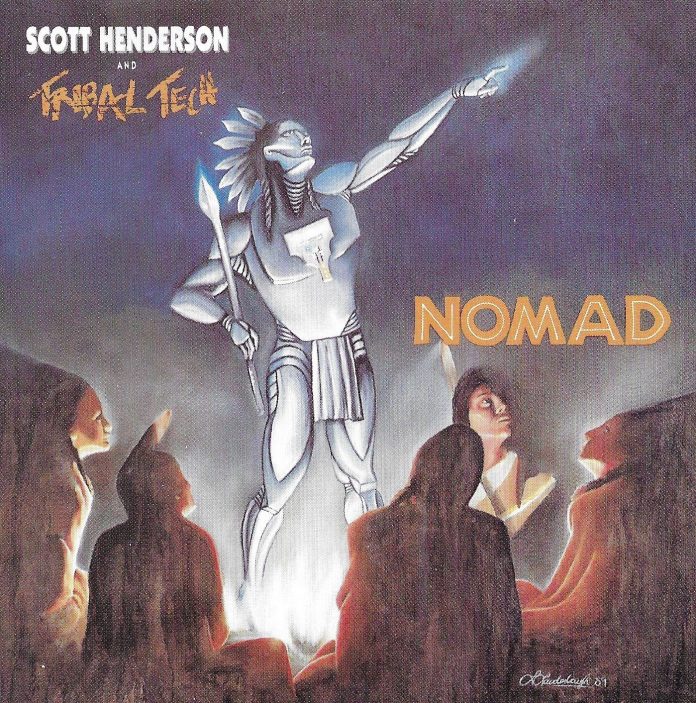 Back in the mid-eighties, when John Scofield and Allan Holdsworth still seemed well ahead of their imitators, the emergence of Scott Henderson (marked by the release of Spears, the 1985 debut for his group Tribal Tech – reviewed JJ Oct 1986) was a cause for celebration. He was virtually alone among his peers in having mastered (or simulta­neously discovered) many of the devices and techniques pioneered by the two guitar in­novators, and he allied them effectively to his own searing blues style.

However, as Scofield and Holdsworth copyists have become commonplace, so has Henderson’s playing come to seem proportionately less re­markable. Nomad is less potent than Spears on another, more impor­tant count. Where the earlier re­cord was full of finely wrought arrangements (notably the Henderson-penned title track), Nomad seems top-heavy in that department.

The outcome is an album of frequently inconse­quential jazz-rock with the bom­bast but not always the subtlety of late Zawinul and Shorter. Too often, Henderson’s voice is lost in the scrum; forced to play at peak power from start to finish, he is unable to stalk his solos with any finesse and largely deprived of the use of dynamic shading.

All the same, the opening sal­vos of Renegade and the Trane/Jones like guitar/drum duet of Bofat show us, thrillingly, what Henderson can do when the heat’s up.