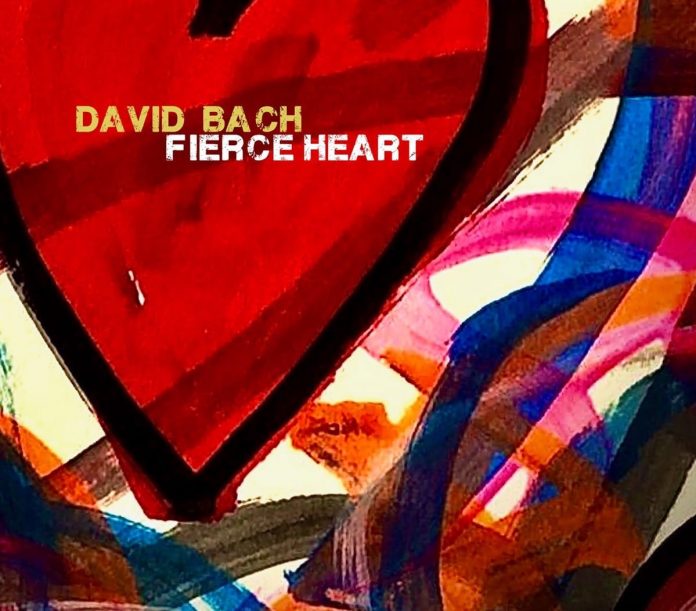 David Bach is a Baltimore-based keyboard player and Fierce Heart is his sixth album release as leader. He is a recipient of the 2019 Maryland Entertainment Hall of Fame and winner of the 2016 Maryland Music Awards “Best Jazz Artist”. He is also the winner of two RIAA Gold Records for his work with other artists. He has toured Europe on a regular basis as a member of the smooth jazz/funk band Fishbelly Black as well as playing keyboard in the Enrique Eglesias band. His work schedule seems to focus on live performances at festivals and the American jazz circuits.

As a leader, Bach’s style is eclectic, incorporating elements of jazz, world music, ambient, classical, Latin and rock. The jazz element leans closer to smooth jazz but not exclusively, whilst his keyboard style is reminiscent of Bob James and Fourplay. He is accompanied on Fierce Heart by some talented musicians of whom I can say little as I don’t have anything but a link to Spotify.

The album consists of seven original tracks written by Bach and three covers including Sting’s Roxanne and Queen’s We Are The Champions – the latter being a poor choice to cover and uncomfortable to listen to. A nod to the classics is introduced with a version of Satie’s Gymnopedie.

Bach is undoubtably a talented keyboardist and composer. The album is not ground-breaking and the track-selection a bit dubious; but it follows the formula associated with smooth jazz – namely a repetitious harmony interspaced with some talented improvisation. The music proves to be a good vehicle for Bach to show off his talent; but this is no solo affair and his band deserve a mention (whoever they are) for providing some nice touches with guitar, flute and sax.

Overall, a pleasant album introducing a keyboardist I had not encountered before. If Bob James and Fourplay occupy your playlist then check this out.

Bill Frisell continues to innovate and surprise. My last review of Frisell, with Thomas Morgan on the album Epistrophy, merited four stars and this...

The more British jazz I hear the more I am impressed by the way it has devel­oped into a really worthwhile music. Today, the...

Overall, a pleasant album introducing a keyboardist I had not encountered before. If Bob James and Fourplay occupy your playlist then check this out.Ian LomaxDavid Bach: Fierce Heart
Advertisement