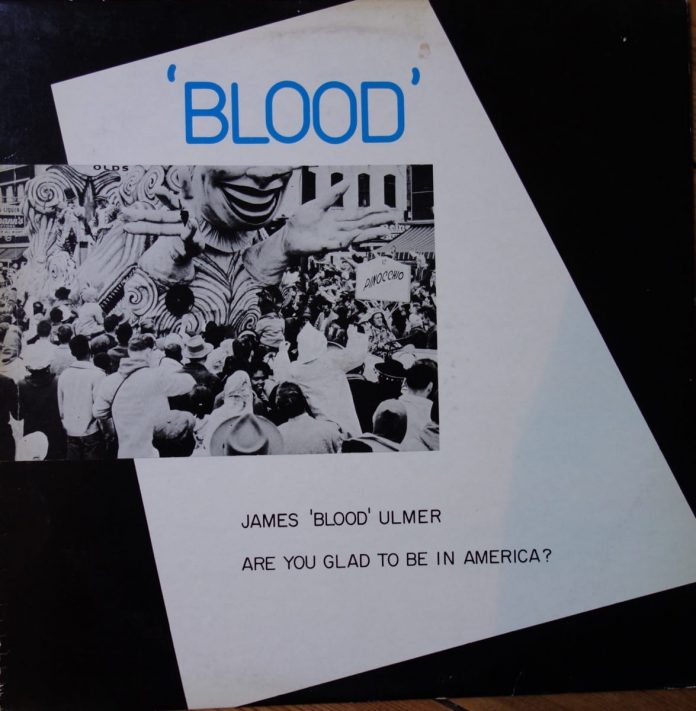 Though condemned by some after a recent visit to Camden Jazz Festival, Ulmer has been embraced by many here, not least by Rough Trade, as a vanguard in a spurious ‘jazz-punk’ fusion.

Unlike Ulmer’s Camden concert, this album shows him capable of variety, from the hints of square dancing rhythm figures and Aylerish folk riffs in Layout through the tight, punctuated unison theme of Interview to the straight funk of Jazz Is The Teacher, or the delta blues flavour of Are You Glad.

Characteristically, the dense rhythm fabric is punctuated by Ulmer’s harmolodic solo style. In­terview provides a perfect example of a favourite figure that almost perfectly mimics the sound of a squawking chicken – an ascen­ding riff ending in an explosive chord. There are penetrating con­tributions also from David Murray and Oliver Lake.

It’s doubtful that ‘Blood’ will be the long term commercial success that Rough Trade might hope for, but it’s good that this music has been recorded and made widely available.

Mark Gilbert - 09 November 2020
The basic style follows a lot of previous sessions by Khan’s trio, going back decades, but this is an especially convincing one. On the face of it it might...