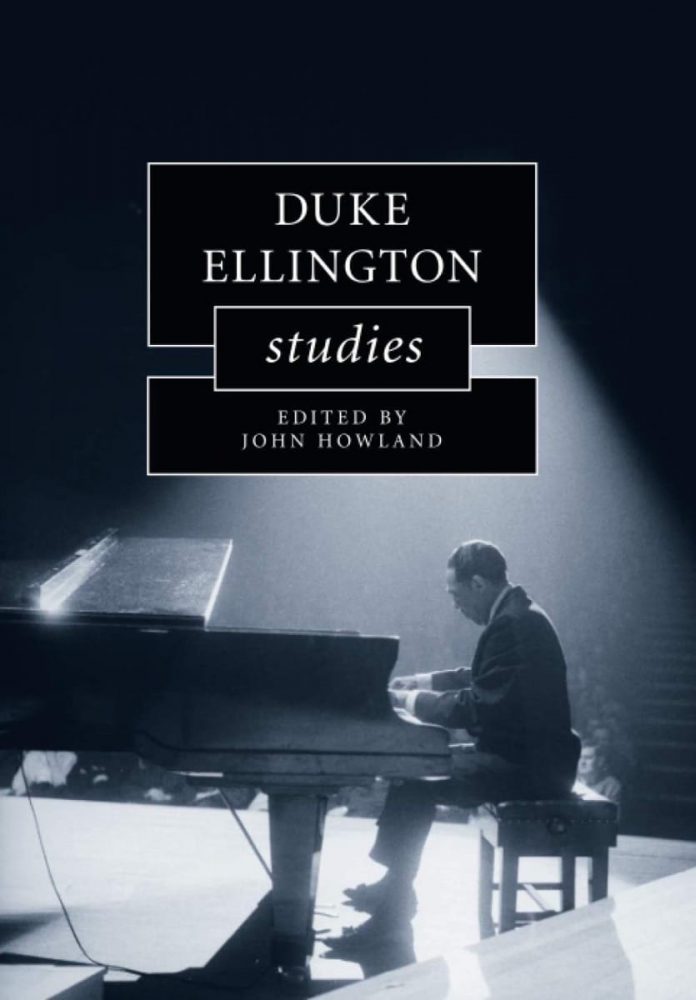 This book contains nine chapters written by nine different writers, all but one American and each with significant academic credentials. There’s a clear implication in the extent to which several of the subjects diverge from the actual music Ellington left us to such considerations as the way his image was presented in the few films he made (chapter one) or the way his publicity built him up in the 30s as a “serious” composer for a “middlebrow’ market” (chapter two).

The implication is that enough has been written about the music and it’s time to move on to broader aspects of what we might call the Ellington phenomenon. Of course writers are free to choose whatever aspect of that phenomenon they wish to investigate but I cannot accept that the music has been as extensively covered as it should be.

To give one example, Ellington’s studio recordings in the 40s after the recording ban ended in 1944 were not many and not all of value. However there’s a massive treasure trove of “live” recordings from that time which includes the Treasury broadcasts (issued across 48 CDs by Storyville) and many broadcasts from the Hurricane club and its successor, the Zanzibar, as well as several concert recordings. To my knowledge no broad attempt has yet been made to assess this massive resource, appraise what is excellent or significant (or both) and sort that out from what is of lesser interest.

From my point of view the best chapter in the book is a thorough, beautifully written appraisal of Ellington as adventurous pianist by Bill Dobbins. It did what the best writing on music should do – sent me back to the music to listen again with the book at hand. Even readers who don’t follow the detailed musical analysis and transcriptions should be able to understand the points being made.

Other chapters relating to specific music discuss Such Sweet Thunder in terms of its political significance and A Drum Is A Woman as, supposedly, a greater and more meaningful achievement than has been generally acknowledged. (The latter chapter is frustrating in its consideration of the televised version which has apparently survived but is not available for the general reader to view.)

A chapter on Ellington’s use of the LP record doesn’t go far beyond the obvious facts that he could record longer pieces and group together related material, and another which explores British reactions to Ellington’s local tours is historically interesting but has little musical relevance.

That leaves Walter van de Leur’s informative piece on Ellington manuscripts, which could have benefitted from including a few photocopied examples, and a useful investigation of Ellington’s links with Africa which explains the naming of his 1973 feature for his drummer as Metcuria The Lion. (Unlike other chapters this one has a few relevant photographs.)

I don’t wish to dismiss the lengthy efforts of any of the writers in this collection but I hope I’ve conveyed the possibility that some Ellington admirers might find much of the writing of limited interest, while others may find a good deal of it absorbing.

Derek Ansell - 27 October 2020
Finding a brand-new (well, previously unreleased) Messengers album, is a bit like finding a gold bar on your doorstep to many jazz enthusiasts of a certain age. Dating from...