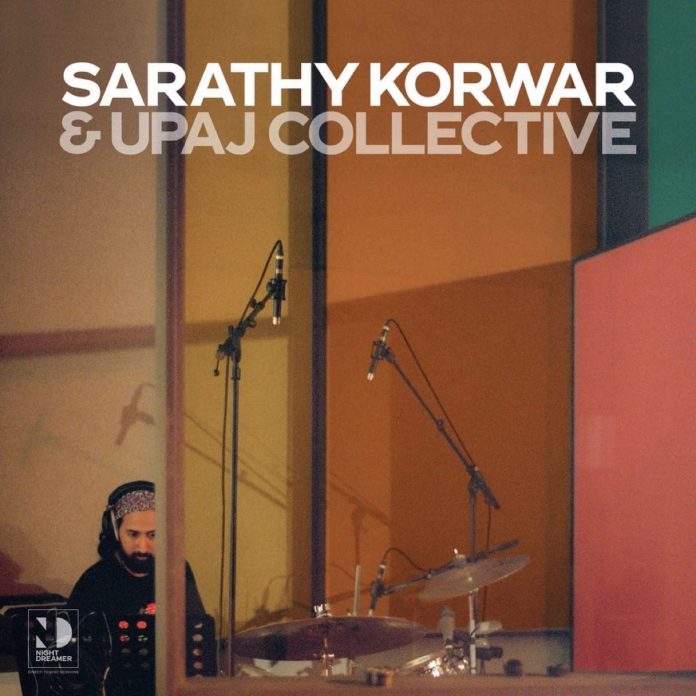 Improvisation is the essence of Indian classical music, so it’s natural to fuse it with jazz, as has been done off and on since the late 60s. Drummer and tabla player Sarathy Korwar is among the younger players who’ve delved into the Asian-infused spiritual jazz of that era. Korwar, who was born in the US, grew up in India and lives in London, wafts into a hazier spiritual vibe than other contemporary Indo-jazz figures such as Vijay Iyer and Rudresh Mahanthappa.

Korwar’s 2018 My East Is Your West featured ecstatic versions of Alice Coltrane and Pharoah Sanders classics. That was followed by More Arriving, a heady mix of bhangra, dub and electronic dance music with provocative political spoken word. This latest set, improvised live in the studio, is jazzier and all instrumental, with a couple of tracks harkening back to his clubbier sound.

The double LP starts on a sombre note with So Said Said, a tribute to writer Edward Said. The 12-minute piece starts with a moaning, menacing drone that literally sounds like a military drone at times. You may find yourself looking nervously over your shoulder.

The quintet’s improvisation goes to some very dark places before moving toward hope and melody halfway through. The tone becomes more comforting as Giuliano Modarelli’s gentle guitar echoes the spacey violin of Achuthan Sripathamanathan and an ethereal keyboard riff by Al MacSween, a stalwart of Nubya Garcia’s band.

This, the album’s most satisfying track, sounds like it was recorded in an expansive temple – actually a Dutch studio that cherishes vintage equipment and feeds directly to a cutting lathe and pressing plant. These one-take recordings without post-production yield an immediate, intimate sound.

Next is another strong track, Flight IC 408, remaking a 1997 drum ’n’ bass gem by the late Asian Underground producer/DJ Sam Zaman, aka State of Bengal.

As we’ve seen more and more in recent years, here’s an acoustic jazz group reinterpreting an electronic dance sound and fusing it with more warmth and soul. Also treading this path have been GoGo Penguin, the Bad Plus, Iyer’s trio and another group with South Asian roots, Dawn of Midi.

Thanks to the composed framework, the improv is more focused. At first Tamar Osborn’s baritone sax is reduced to a rhythm instrument along with Korwar’s rock ’n’ roll drumming, but she works toward a magnificent solo. MacSween’s dubby floating keyboards remind me of Bill Laswell’s work with Algerian-French singer Lili Boniche and Tabla Beat Science. Modarelli turns in a rapidly picked near-flamenco guitar solo before the flight lands on a dime.

While this electronic rework works well, an attempt in the other direction that closes the album does not: So Said Said (Yoruba Soul Mix) is an unnecessary, dull electronic remix of the opening track by Osunlade, apparently an exception to the no post-production rule.

Osborn’s sax is most powerful on the 15-minute Intimate Enemy, another epic journey into the heart of darkness. This may be the closest to jazz on the record, though it seems a bit dreary and tentative. The group finally finds a direction about two thirds of the way through, albeit a subtle one, before ending in a mesh of wild-bird calls.

The hallucinatory Elephant Hangover, pleasantly reminiscent of a Grateful Dead space jam, was probably chosen as the single because it’s the shortest track, not because it’s particularly memorable – unlike the rest of this tightrope live recording.

Nic Jones - 07 June 2019
Am I alone in thinking there’s been a positive critical consensus when it comes to assessing "new" sets of material from some of the major figures in the music?...