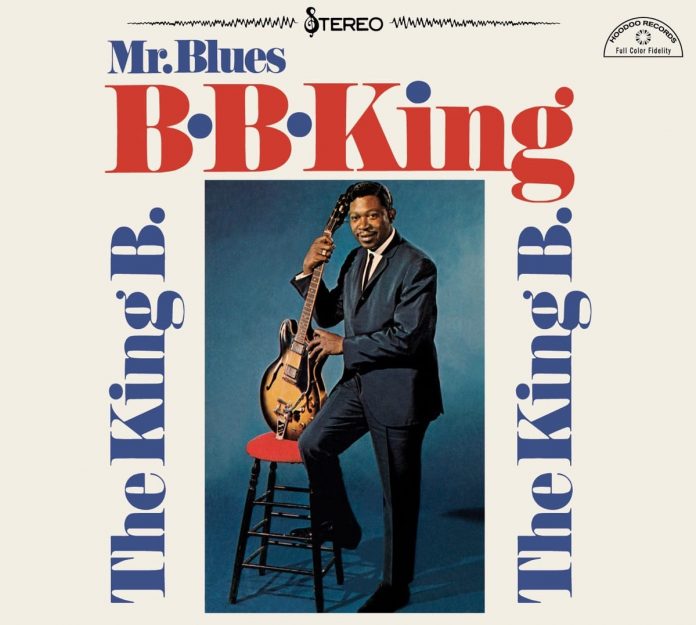 The first dozen tracks on this CD constitute the Mr. Blues album recorded in 1962 at three separate sessions spread between Los Angeles and New York. For B. B. this was a breakthrough disc on the ABC/Paramount label, after his tenure at the more obscure Modern/Kent organization. The rest of the selections come from other albums he laid down roughly around the same period, including the tried and tested Beautician Blues plus the classic Going Down Slow.

Many blues purists shook their heads at B.B. and others who devoted their time to the electric version of the treasured 12-bar format and Mr. Blues would not have pleased them: not only do we get Lucille in semi-glory but the added experience of choral backing on some selections – not exactly a choice most of us would have made to enhance the King vocals. He may have been in decent voice but…

The album as a whole is patchy, one moment getting a little down-home, the next veering towards the popular music field – a decision taken by the A & R men to pitch B.B. to a wider audience, which indeed he did eventually find while ironically staying mainly within the blues area.

In short, two dozen tunes presenting B.B. at a time and place just before the “blues boom” took place and his personal standing rose way beyond the prospects of any bluesman.

Discography
Young Dreamers; Be Myself; Chains Of Love; A Mother’s Love; Blues At Midnight; Sneakin’ Around; On My Word Of Honor; Tomorrow Night; My Baby’s Comin’ Home; Guess Who?; You Ask Me; I’m Gonna Sit In ‘Til You Give In; Tell Me Baby; Lonely; Blues For Me; Beautician Blues; I Can Hear My Name; The Worst Thing In My Life; You’re Breaking My Heart; Mashed Potato Twist; Understand; Your Letter, Going Down Slow; Long Nights (65.52)
King (v, g); Maxwell Davis (ts); Jewell Grant, William Green (as); Floyd Turnham (bar); Lloyd Glenn (p); Ralph Hamilton (b); Jesse Sailes (d) and others. Various 1960s dates.
Hoodoo Records 670104

Jazz Journal - 29 June 2020
After reading this book anyone might be excused for dismissing Gillespie as a foul-mouthed megalomaniac much given to personal violence against adversaries. Band leaders have suffered in Gillespie's hands;...