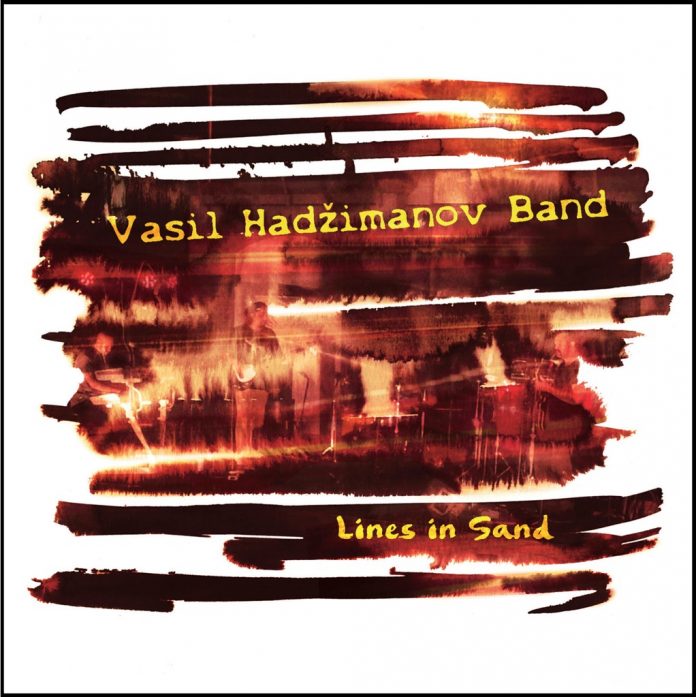 This is the second excellent album of contemporary Serbian jazz I’ve had the pleasure of reviewing recently – the other being the duo V release by Uros Spasojevic (elb) and Bojan Marjanovic (p). A graduate of Berklee, Hadzimanov has led his own, very popular band in Serbia for some two decades.

There are what I take to be Slavic motifs, but specific folk elements are never overdone in music which ranges far and wide, equally convincing in pedal point and funky mode.

Serbian critics have wondered whether a comparison with the latter-day music of Joe Zawinul might not render full credit to the band’s own achievement but if I were them, I’d take the compliment and run with it. Certainly, the enticing keyboard melody, funky bass riffs and eruptive intensity of the eventual vocal on Ratnici brought to mind fond memories of the late Austrian master in full flow.

With its well-crafted compositions, top-notch and incisive work all round, including some affecting vocals, Lines In The Sand is one big-screen album, as inspiring as it is enjoyable.

John White - 04 July 2021
This reissue of two of the best 1958 sessions - Blues-A-Plenty and Not So Dukish – recorded by Johnny Hodges and his mainly Ellingtonian contemporaries for the Verve label...