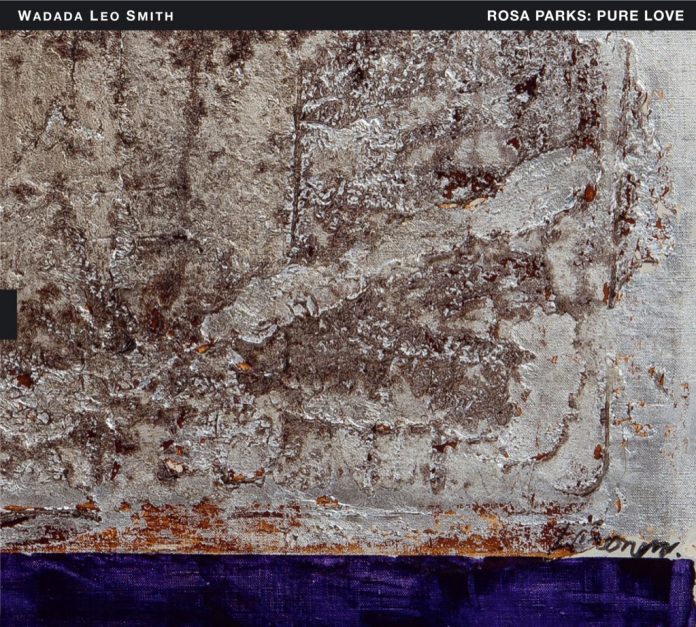 This extended work, as the title implies, is devoted to Rosa Parks, whose role at the centre of the Montgomery, Alabama bus segregation protest became a beacon of light for the civil rights movement in 1955. Its extended title describes it as An Oratorio Of Seven Songs.

Trumpeter/composer Smith has constructed a piece which is clearly a labour of love and immediately begs the question as to whether this has anything about it to recommend to jazzers. With Ted Daniel, Hugh Ragin and Graham Haynes as part of the Blue Trumpet Quartet plus drummer Pheeroan akLaff as one half of the Janus Duo the suggestion is yes but the music will probably only appeal to those whose tastes stretch beyond the jazz milieu.

In fairness, Smith’s own comments in the useful accompanying booklet do outline where he is coming from. He says “improvisation is a term that does not express accurately what we are doing. We are musical creators and that activity in the present moment is a creation”.

Clearly the composition itself is the most important factor, as the trumpeter himself takes a backseat, only occasionally entering the action as either a soloist, part of the Blue Trumpet Quartet or duetting with Haynes. The description of the work as an oratorio is entirely valid, lacking only a choir.

The three singers who make up the Diamond Voices are given centre stage on the seven “song” titles, only in isolation, never as a collective; consequently they are all able to deliver the lyrics in fairly measured fashion against whatever backdrop the composer has chosen for them. There are solos spread across the 15 options, including the string players, but the listener is constantly aware of the bigger picture.

Given the scale of the project and its specialist nature, interested parties should take a chance to dip into this disc before committing their hard-earned cash, even those who have enjoyed Smith’s previous efforts.

Fred Grand - 31 May 2021
Norwegian-American electronic musician and producer John Derek Bishop (aka Tortusa) operates in an exciting space where jazz, minimalist electronica and ambient musics are fused into a new and coherent...