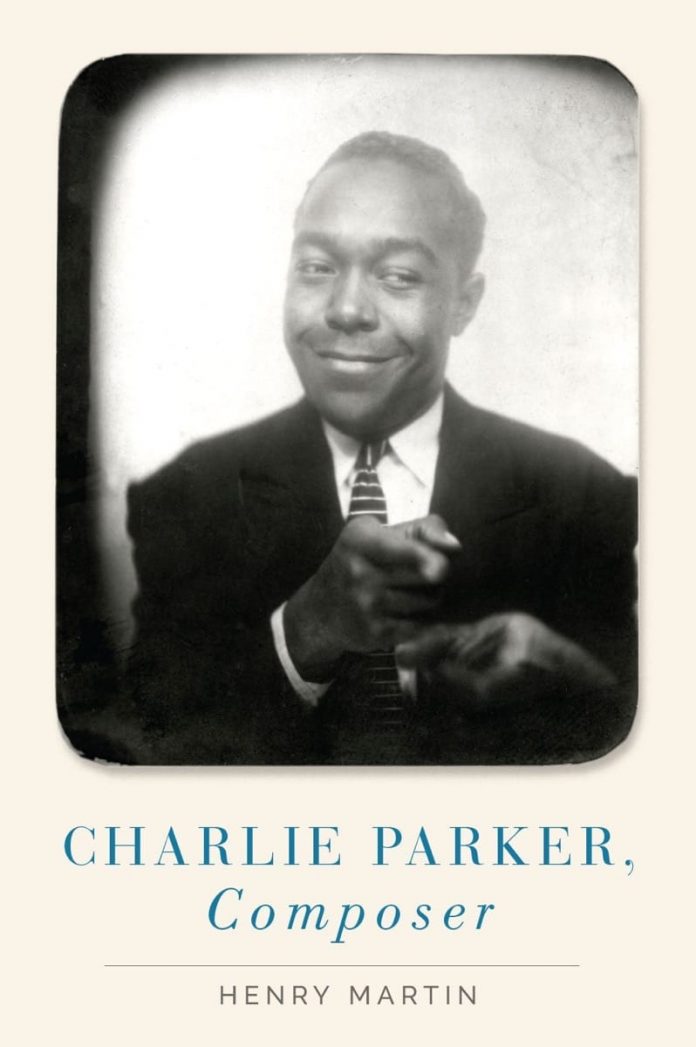 Books on jazz tend to fall roughly into one of two categories. The majority are biographical, historical accounts of musicians and subgenres that elucidate their origins, developments and reasons for their significance. The other category is the academic, constituting theory and analysis of jazz that, while incredibly useful and insightful, is often fairly inaccessible to due to its specialist nature and complexity. Henry Martin’s Charlie Parker, Composer sits somewhere between the two, featuring both history and biography, as well as in-depth analysis of Parker’s music.

There is fundamentally an ontological discussion underpinning Martin’s book, exploring how Parker’s work fits into notions of “composed” works versus those which are improvised, and Martin astutely connects this question with the relevance of Western theories of music and art when examining jazz in general.

The opening philosophical discussion of jazz is followed by a thorough but not diffuse biography of Parker’s background and musical development, detailing his background with an emphasis on his musical education and development. This leads into the main focus of the book, which is an examination of Parker’s musical output, categorising his work to illuminate the different structural approaches he used in creating music.

The discography is exceptionally comprehensive, dividing Parker’s works by structure into sections such as 32-Bar Rhythm Changes Compositions and Through-Composed Blues In C, each given a dedicated chapter. As a result, Parker’s work is arranged neatly, showing his compositional methods and how these changed and evolved through his career.

In examining Parker’s music like this, Martin is able to demonstrate the ways in which Parker treated and approached composition through the different epochs of his career, and how important his music was in the development of jazz practice. For example, Martin’s analysis of Ornithology explains the origins of the piece, comparing it to previous works that seem to have influenced it, drawing comparisons with pieces by Lester Young and Coleman Hawkins, as well as Parker’s own previous solos and motifs. He then looks at how subsequent versions differed through performances by Parker and how this phenomenon relates to Parker’s wider process of composition. He concludes with an analysis of the piece’s form as it was developed and revised.

Martin’s musical investigations are exceptionally detailed. There is an abundance of transcriptions and examples, demonstrating the evolution of the music theory that gave Parker his distinct and inimitable style and that contributed to the invention of the bebop genre. Martin uses his own transcriptions, as well as sheet music taken from the Library of Congress catalogue, forming an indispensable account of Parker’s entire discography.

In his final analysis, Martin returns to his opening questions of the compositional process and how it manifested itself in Parker’s music. Answers are given to how relevant the notion of “composition” actually is in his work, as are suggestions as to what Parker’s artistic motives were. He also provides tables linking Parker’s songs to each other in form, key and harmonic source, which is an invaluable resource for anyone studying Parker’s music, and also lists works that may not be considered compositions due to being fully improvised or of uncertain origin.

Oxford University Press publishes a great deal of works on jazz, perhaps the most well known being Ted Gioia’s History Of Jazz and The Jazz Standards. These books have become keys texts in jazz discussion, and Martins book will almost certainly join the ranks in becoming essential reading for anyone interested in not only Parker’s music, but also jazz as a whole. Nothing short of a masterwork, Charlie Parker, Composer is a must for anyone interested in his music.

Marian Jago - 09 June 2021
There’s not much to say about this album that hasn’t already been said. It was originally released on Prestige records in 1960 having been recorded in 1956 as part...