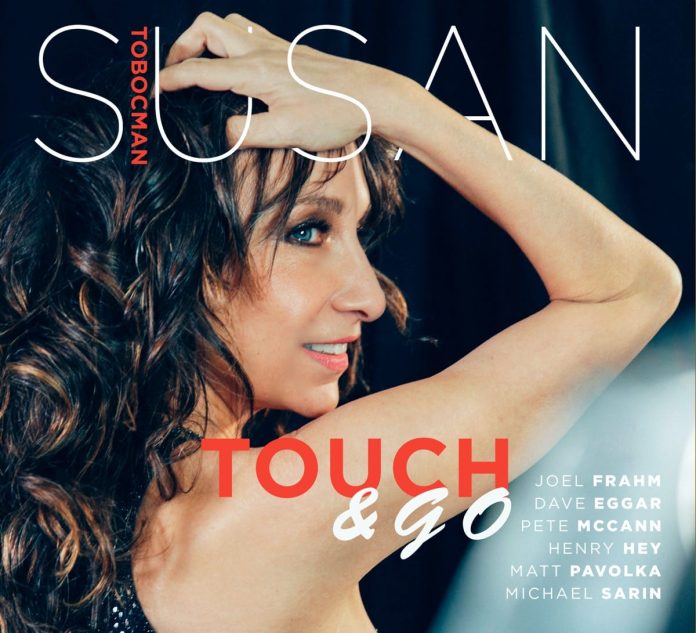 Susan Tobocman vaults effortlessly over the void between superior pop and jazz, and takes songs by the likes of Lennon and McCartney and Jimmy Webb with her. The effortlessness is affirmed by her confident delivery and awareness of nuance.

It’s that awareness which elevates her reading of Webb’s Wichita Lineman to the point where comparisons with Glen Campbell’s arguably definitive version are irrelevant. She brings much of herself to the table, and the consequent wistfulness has nothing of the “insert emotions here” quality which serves to distance some listeners.

That said, Lennon and McCartney’s Help! still doesn’t seem to me like one of their better songs even though Tobocman’s arrangement enhances the material, and the odd euphoria of the Beatles version is quite at odds with what she gets out of the lyric. In short, while the alternate take seems a little more leaden by comparison with the full version, the fact remains that both have their merits despite the presence of a guitar solo which for me at least kind of lacerates the ambience of the former.

Of the five Tobocman originals Make Believe is both poised and wistful, although there is a lingering feeling that the undoubted professionalism of the instrumentalists, Frahm being not the least of them, is a little too slick, as if they haven’t digested the lyrics to the point where the knowledge informs their work.

Leaves Of Absence, in common with the title track, is an instrumental. Both of them should leave no doubt in the listener’s mind of the proficiency of the musicians, but I for one was keen for Tobocman’s return because her contributions were what pricked (and perked) my ears up most.

John Adcock - 29 November 2020
The excellent Marcin Wasilewski Trio has been playing in its current form since 1993 and first recorded for ECM as part of Tomasz Stanko’s quartet in 2001. Over the...