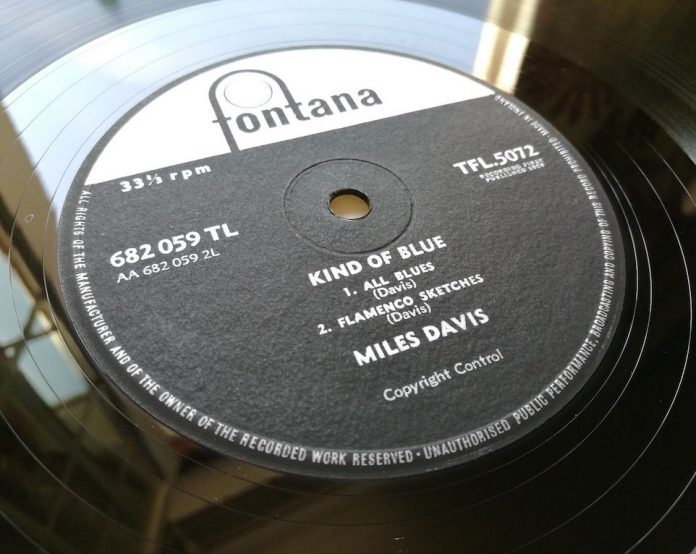 The basic idea of the album is deceptively simple … “Miles has pre­arranged things so that each soloist is thinking in terms of scales, short col­lections of consecutive notes which each have an emotional atmosphere,” explains Benny Green in his informative sleeve notes.

It sounds crazy but out of it Miles has produced a collection that is remarkably effective and indescribably beautiful. For instance, in “Flamenco Sketches,” a 12-bar blues played in 6-8 time, the musicians take off with some fascinating variations.

Miles’ playing throughout the record has a curious hypnotic effect on me. It is, as usual, poignant, delicate and sensitive: at times it also borders on melancholia. Of the other soloists John Coltrane enhances his growing reputation; his violent solo on “Freeloader ” is one of his best on disc. Adderley is more subdued than usual but comes to life on “Freeloader” with some fluent improvisations.

According to pianist Bill Evans: “Miles conceived these settings only hours before the recording date and arrived with sketches which indicated to the group what was to be played. Therefore you will hear something close to spontaneity in these performances. The group has never played these pieces before the recordings.”

It’s my opinion that this disc con­firms the stature of Davis as the greatest soloist since Louis Armstrong. The disc is also a pointer to the way that jazz can and will develop.
Kennedy Brown