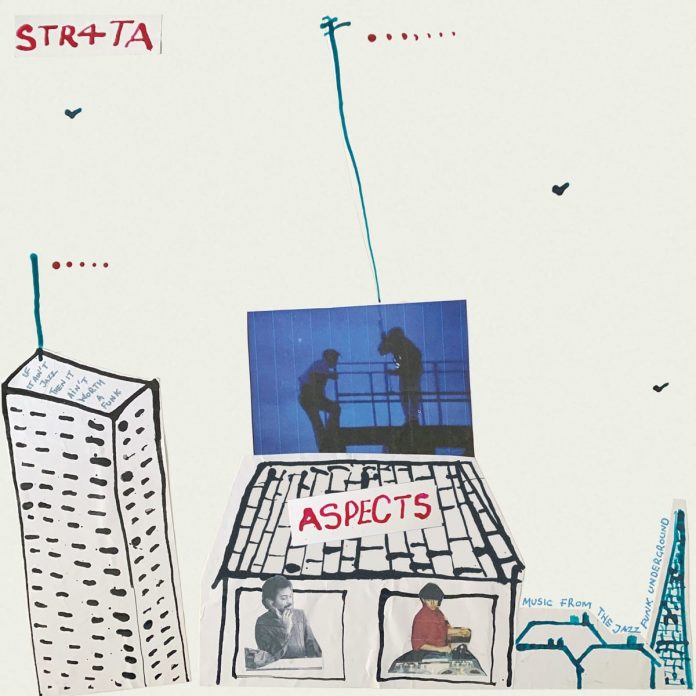 Although it didn’t get a great deal of media attention at the time, the Brit-funk movement that helped to ignite club culture in the 70s and 80s was a significantly influential scene.

STR4TA is the brainchild of DJ, producer and Brownswood Recordings owner Gilles Peterson, alongside guitarist Jean-Paul “Bluey” Maunick. In their debut album, Aspects, they have revived the Brit-funk sound: a jazz-funk that is much rougher around the edges than its polished American equivalent. It’s the sound of bands such as Hi-Tension, Light of the World and Incognito (the latter two being bands of which Maunick was a key member).

Aspects is produced by Peterson and features Maunick on guitar and vocals. But although the pair have spearheaded the project, there are a number of other featured musicians well deserving of credit, including Matt Cooper on keys and drums, Paul Booth on saxophone and flute, and the wildly infectious slap bass of Francis Hylton, among others. It’s a raw and extremely danceable record, and while some might argue this is jumping the gun, I’m more than willing to crown Rhythm In Your Mind, the second track on Aspects, as 2021’s “sound of the summer”.

In recent years, we’ve seen the so-called UK jazz renaissance blossom, thanks in part to Gilles Peterson and Brownswood’s We Out Here. If Aspects is anything to go by, a Brit-funk revival would be no bad thing at all.