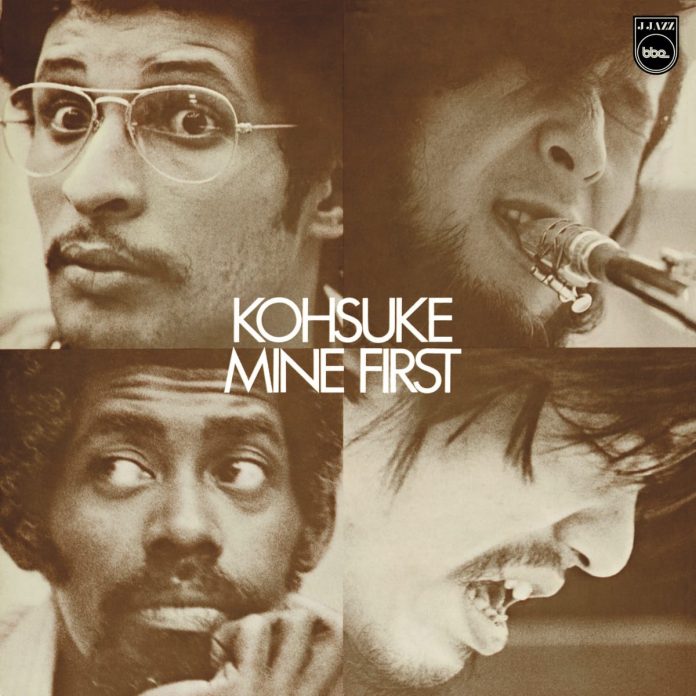 The late 60s and early 70s were an important time in the development of jazz in Japan. A shift was taking place, from the “funky boom” movement characterised by the hard-bop and bossa-nova styles of American musicians such as Art Blakey and Horace Silver, to a freer, more experimental approach to jazz.

Recorded in 1970, First fits neatly into the context of this development. Appropriately titled, it was the debut album by alto saxophonist Kohsuke Mine, featuring the highly influential pianist Masabumi Kikuchi on electric piano, as well as two American musicians: Larry Ridley on bass and Lenny McBrowne on drums.

A real ensemble project, First is made up of compositions by each musician (with two tracks attributable to Kikuchi) plus a cover of the Thelonious Monk classic Straight No Chaser. It’s a fast-paced post-bop record, marked by scale-based themes that give way to expansive and exploratory improvisations, the standout exception to this being a composition Kikuchi dedicated to his daughter: the slow, ballad-like Little Abbi opens with an extended keyboard solo before the rest of the band joins, with Mine playing a delicate yet expressive melody.

First has been reissued for the British label BBE Music, to the great credit of Tony Higgins and Mike Peden. The pair have been successful in championing Japanese jazz with their J Jazz Masterclass series of reissues, as well as three volumes of compilations. J Jazz Volume 3 was reviewed for Jazz Journal back in April and, amongst many fine examples of Japanese modern jazz, featured the Kohsuke Mine composition Morning Tide (the opening track of First).

Like the compilations, this album comes with extensive liner notes by Higgins on the historical context of the album and a short biography of Mine, as well as the original Japanese liner notes translated into English by Ken Hidaka.

Roger Farbey - 28 February 2022
Rob Koral has most consistently been associated with the band Blue Commotion, led by vocalist Zoë Schwarz, of which he’s a founder member, guitarist and co-songwriter with Schwarz. Blue...