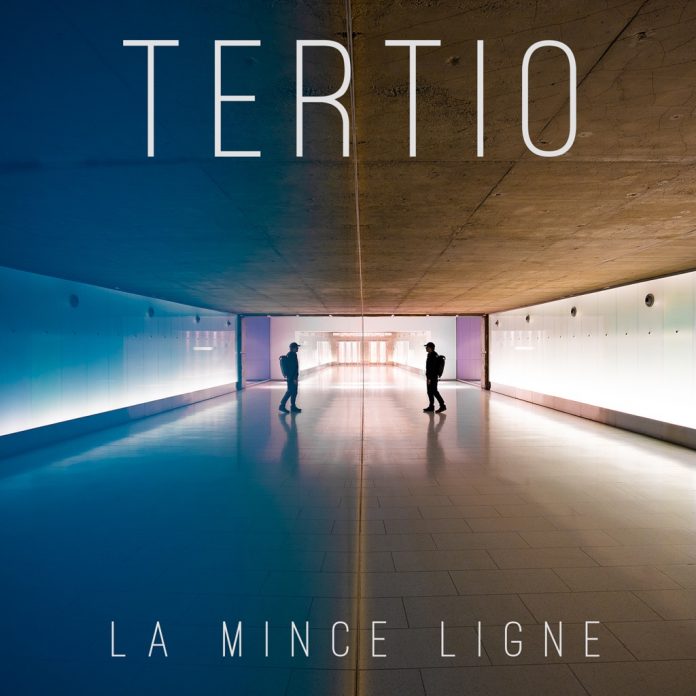 The second album by this Montreal-based quintet, the title of which is translated as The Thin Line, is characterised by the band’s proclivity for jazz-rock. The group’s leader and guitarist Vincent Duhaime-Perreault has written the album’s nine compositions, all of which are of a consistently high and engaging standard. Duhaime-Perreault graduated in Jazz Performance from the Faculty of Music at the University of Montreal, and subsequently studied with guitarists John Abercrombie and Nelson Faria.

Whilst not perhaps internationally recognised, Tertio are regular players on the Canadian jazz scene and performed at the 2016 Montreal Jazz Festival where the band was nominated for the festival’s 2016 TD Grand Jazz Award. This major festival appearance was the direct result of the release of Tertio’s eponymous debut EP in 2015.

Stylistically the group’s sound comes close to emulating something approaching Ian Carr’s Nucleus, as heard on numbers like the rock-infused More With Less, the funkier La Truffe and the closer Respiration Lente, where Andy King’s keening trumpet takes centre stage. But the repertoire is certainly not consistently in the jazz-rock idiom as the more sensitive lyricism of Hollow, the pastoral Da Solo and the gentle Au Revoir Léa all attest.

Incidentally, King’s limpid tone is not dissimilar to that of the late Kenny Wheeler with whom the trumpeter studied. Notwithstanding the undisputed talent of the rest of the members of this band, his presence on this likeable album makes for a distinct point of difference.

Barry Witherden - 11 August 2019
Charnett Moffett has never languished in the shadow of his father, Charles, the drummer with the superb Ornette Coleman Trio of the mid-60s, nor has he ever needed to...