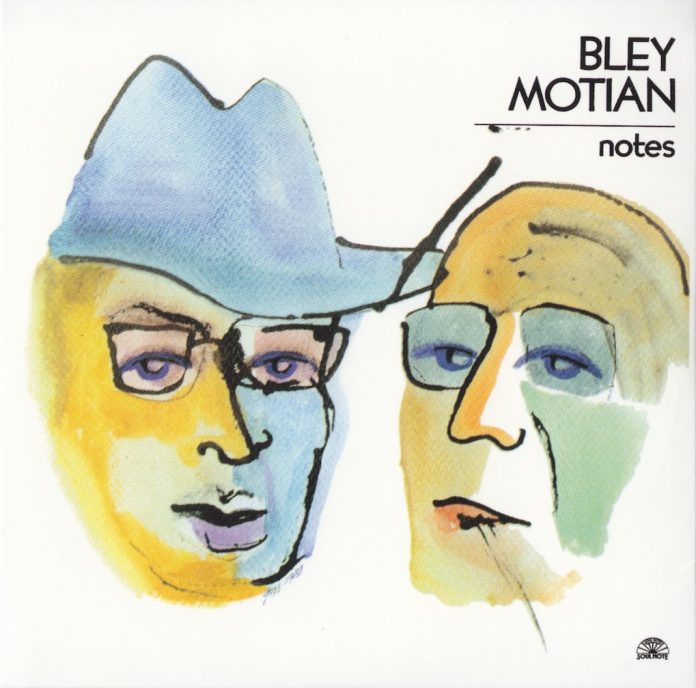 This record represents some­thing of a seduction job. It offers two of the most melodic of play­ers using their instruments to really ‘take’ the listener.

All but two of the themes were written by one or other of them and, although there are individual efforts like the meandering Piano Solo No. 1, most of the titles are a coming together of souls.

As is so often the case with Bley, the move from theme to improvisation is subtle and on several titles one almost feels that the pianist has merely moved on to a second related, melodic strain.

Motian’s reputation as a mira­cle worker behind the keyboard men is long established but, as the very musical reading of West 107th shows, his ability to pre­sent a sonic collage of a street in New York also reveals a man who can play tunes on the drums.

Bley is quoted on the sleeve as being ‘anti-composition’ but, in the hands of these two men, com­position and improvision are lite­rally one and the same thing.
Barry McRae

Andy Hamilton - 11 December 2019
Koma Saxo is a quintet led by Berlin-based Swedish bassist-producer Petter Eldh, who's worked with Trondheim Jazz Orchestra among others. The album features Christian Lillinger on drums, and three...