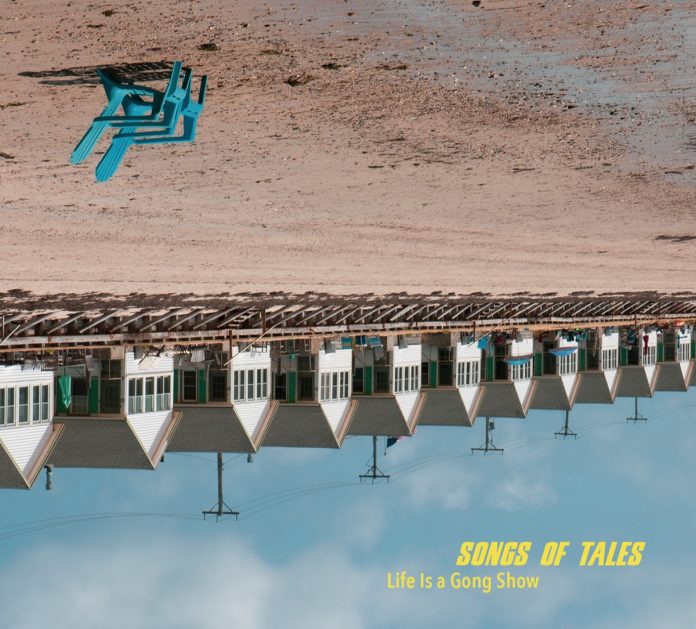 As the release notes say, strange meets beautiful in this wonderfully different debut album from Canadian musicians Songs Of Tales. Songs and stories told through the power of simple themes, blended with sonic experimentation and complex rhythms is perhaps the best summary of what is on offer.

A dizzy blend of ideas inspired by the likes of Charles Mingus and Ornette Coleman through to brooding film music, eastern and folk influences, Life Is A Gong Show is certainly never a dull listen. The broad range of instruments, including violin, electronics and oud, is matched with broad musical tastes and experiences from the performers.

With this range of styles from such individualists, coming together was a leap into the unknown, which pretty much sums up the experience for the listener as well. Raw, exciting, adventurous stuff.

According to the back cover, each member of the trio contributes equally to nine of the compositions, with three apiece, and the two others...

Born in New Orleans on 14 November 1934, Ellis Louis Marsalis, pianist and jazz educator, died from complications of Covid-19 in his home town...

Clark’s time playing for Hancock meant everybody heard him, but it was his playing on the record Thrust and in particular tracks such as...

Paul Desmond is fortunate in his association with Dave Brubeck: not only does his poll-winning bring him (indirectly) financial gain, but the mediocrity of...