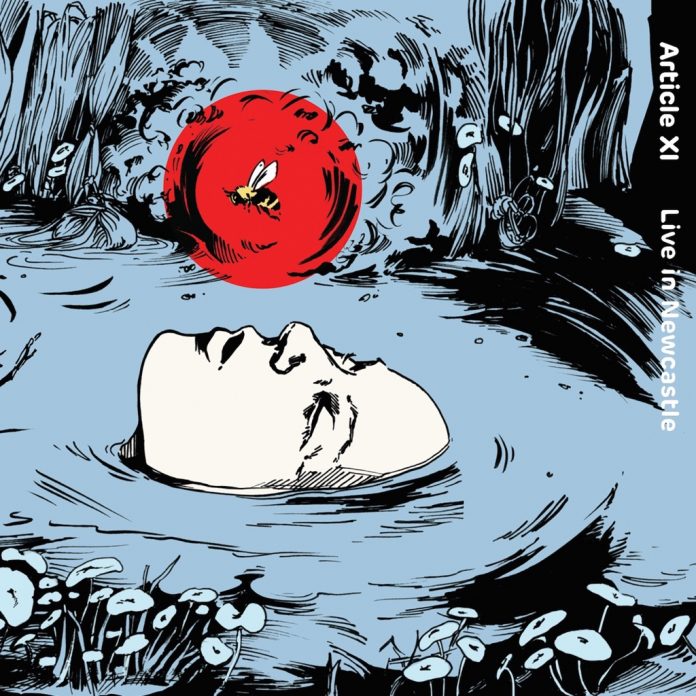 Encouragement, like a great many aspects of life, can come from many quarters, and it’s downright encouraging, not to say grounds for optimism, to hear a large ensemble going about some musical business with vigour and a sense of purpose not unlike that which marks the largely Dutch ICP Orchestra’s work, albeit without such potent measures of iconoclasm and disruptive humour.

It’s a band that sounds live too, in the sense that if there are routines stitched into the fabric of this programme, they’re very much engulfed by the whole, happening in the moment, which maybe why Municrination can cover a wide expanse of ground, including an episode of more than convincing free play, without toppling over into striving for effect.

While there’s little of the cunning about Always A Fox, an enduring impression is of a band that knows its worth without having to grandstand about it. Freedom, in the sense of nothing predetermined, is embraced wholeheartedly, and without the borderline primal screaming which has with the passing of time and the documentation of records become something of a by-product of large free and near-free ensembles.

The initial hints of fractured pastoralism in Not The Kind Of Jazz You Like highlight how light and shade and the demands they make can be successfully evoked as long as a band retains its individual identities at the same time as it reads off the same page, so to speak.

So regardless of what state the jazz industry is in, whatever the hell that is / was, the object lesson that it’s not always the most visible names who produce the most substantial music applies in abundance to this release, and thus encourages this still curious yet often wearied and dismissive jazz hack to keep on looking, and to keep the ears open.

Ingrid Laubrock’s Dreamt Twice, Twice Dreamt is inspired by the dreams she has been documenting for the past decade in a “dream diary”. For...

For once, the term “towering reputation” has a literal basis. Randy Weston stood six feet five, but was as lithe in movement as he...

From his initial and life-enhancing discovery of jazz, poet Philip Larkin’s love of Louis Armstrong (1901-71) was expressed in broadcasts, correspondence, record and book...

With jazz-rock, also known as fusion music, now such a popular and commercially viable prospect — for both musicians and record companies — it...

"Freedom, in the sense of nothing predetermined, is embraced wholeheartedly, and without the borderline primal screaming which has become something of a by-product of large free and near-free ensembles"Nic JonesArticle XI: Live In Newcastle
Advertisement