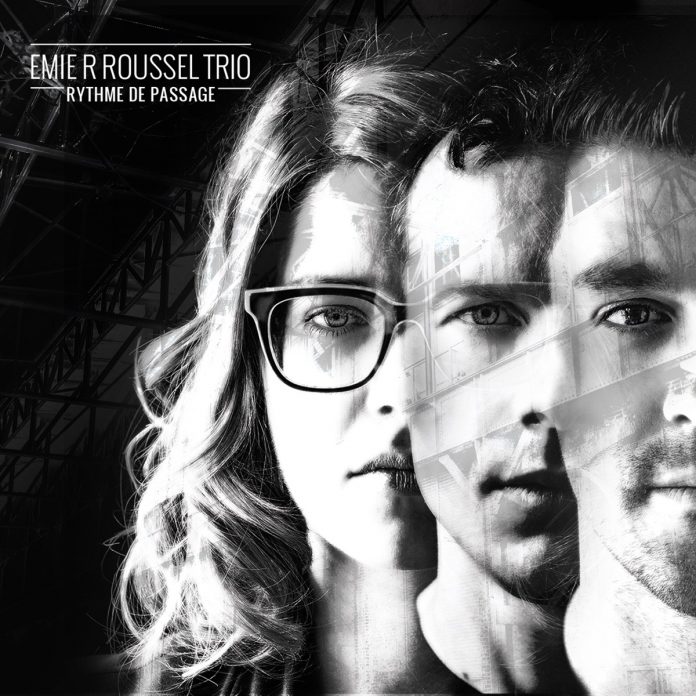 Lots of jazz today is the sound of familiarity, not the sound of surprise. It says much for the music that though the two are more or less mutually exclusive, familiarity can have an undying appeal and surprises do not always deliver a jolt on subsequent hearings. But without the element of surprise, the familiar cannot accommodate new developments and expand.

Such thoughts are prompted by this Canadian piano trio, which has been around for 10 years, bedevilling any idea that surprises are one-off events. To say it’s led by the pianist Emie Rioux-Roussel is to give the idea of leadership a skewed emphasis. Roussel wrote five of the tracks and bassist Nicolas Bédard the other three, each arranging their own tunes. Both are clearly influenced by changes inaugurated in piano trio performance by EST and Brad Mehldau, but are still going their own way.

The unexpected on this album happens every couple of bars in the shape of tempo shifts and displacements of accent, which give each track its originality beyond any interest in the tunes themselves. It’s not easy to determine in Loners, for example, whether the keyboard or the bass is leading the way, in spite of the former’s more comprehensive armoury; when Bédard finally takes over, it’s because the firm bass line has made its mark from the start.

The opening Yatse Club presents barely a melody – just a few piano chords – but it’s enough for Bédard to embark on a lengthy solo. There’s no guarantee of where this or any other of the tunes is going but the changes, including Roussel’s switch between acoustic and keyboard (and Bédard’s ’twixt electric and acoustic bass), seem both congruous and spontaneous. The itinerary of the title track is totally unpredictable, beginning with an inflating prelude and ending in rollicking mood after moments for reflection. In all this, Dominic Cloutier’s drums are to the fore.

Roussel thrives on the variety of support from her colleagues for the leisurely Maltagliati, playing the keyboard as though it were an acoustic, which is the best way of describing her lack of predilection for either. They each appear, too, on Est, which may be French for “east” or an EST typo. Those displacements are revelled in by Bédard and Cloutier on Taniata, as though they were determined to make plodding common time more interesting. And they do.

Before being recognised as a songwriter of uncommon originality Dave Frishberg had served time in the fast-lane of the jazz world accompanying Carmen McRae,...

Many a veteran jazz musician has been awarded an honorary doctorate in recognition of a lifetime dedicated to the art. Few, however, after decades...

There were gasps of excitement from drummers worldwide last July when Steve Gadd announced, via Drum Hangs on Zoom, that he'd been busy working...

The portrait of Mr. Brookmeyer painted here with the aid of large masses of talented musicians is tedious, cliché-ridden and apathetic. His lengthy "Blues...

"The unexpected on this album happens every couple of bars in the shape of tempo shifts and displacements of accent, which give each track its originality beyond any interest in the tunes themselves"Nigel JarrettEmie R Roussel Trio: Rythme De Passage
Advertisement