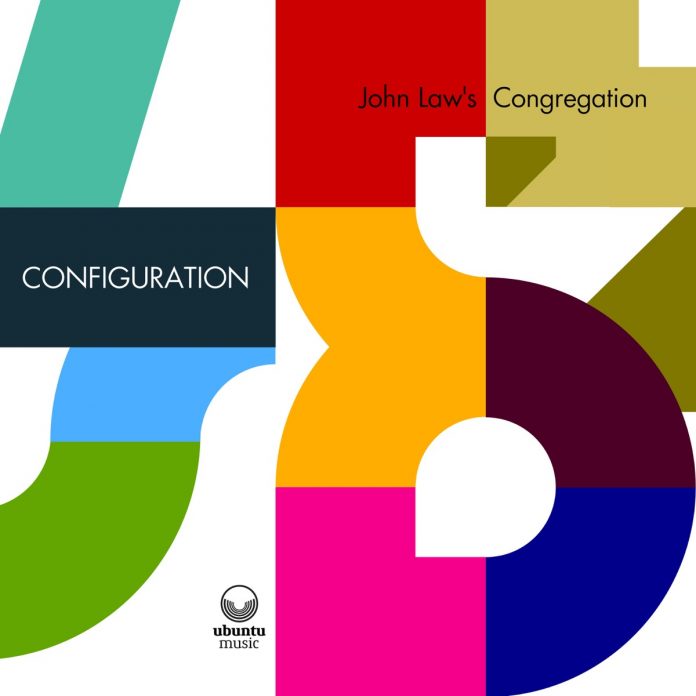 Collective nouns for birds are both wonderful and weird at the same time – a siege of bitterns, a prayer or pantheon of godwits, anyone? – but for reasons unknown, a group of plovers are known as a congregation.

In his erudite sleeve notes, Brian Morton makes a good case for a connection between that congregation of plovers and the music of pianist John Law. In more than 40 albums ranging from classical music and free improv to plainchant and electronics, Law has displayed certain ploverish tendencies, both in his reliability of content and execution and in his element of surprise and unpredictability.

His current congregation finds him playing with a new generation of players who, like him, ignore musical boundaries and share the same democratic approach to form. And the configuration of their music changes with each song, a common thread of intelligent playfulness holding them all together. The Kiss is repetitively energetic, Law’s bright piano solo soaring high across the keyboard, And Them reflects a darker take, Disfigured Bass with its sample from Bach’s Organ Prelude in F Minor is a modernist reference to Law’s classical work.

The title track is a bit too diffuse to be totally successful, despite the fine tenor solo from James Mainwaring, and I found the Nordic wail of Scandinavian Lullaby a tad hard to take, but the buoyancy of Processional, an urgent shuffle above Long’s arco bass with another powerful solo from Mainwaring, is pure delight, as is the urgent funk of Complex City.

But throughout, it is Law’s assertive piano lines that capture the attention, often set in a higher register than the rest of his band, and always with something interesting to say. His pensive solo intro to These Rolling Clouds is just bliss. This is a fine and well varied set, with so much to recommend it.

This collection features two albums by guitarist Bill Jennings as leader (Enough Said! and Glide On), which I reviewed as recently as 25 April...

Barney Bigard and Duke Ellington seemed to have an almost supernatural understanding as their partnership grew. Ellington's ability to write for his players to...

“I was able to dig deeper than before into my musical heritage” says bass guitarist Shez Raja of his current CD Tales From The...

Johnny Hodges died in 1970, nearly half a century ago and it’s rather amazing that until now there has been no book devoted entirely...

I've never thought that John Lee Hooker needed company on his records; however, if it's really necessary to back him up, then the sparser...

"...throughout, it is Law’s assertive piano lines that capture the attention ... This is a fine and well varied set, with so much to recommend it"Simon AdamsJohn Law’s Congregation: Configuration
Advertisement