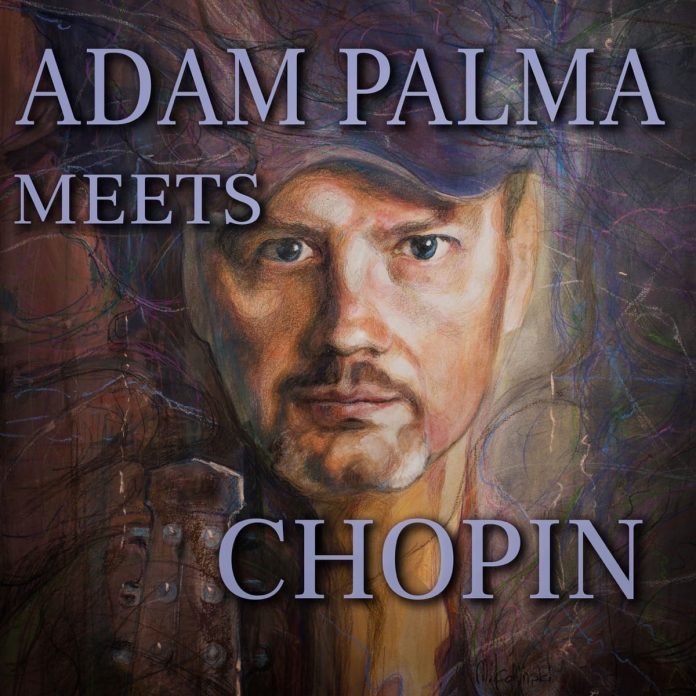 Who would have thought it? The music of Chopin, originally very specifically written for piano (he wrote very little for any other instruments), played expertly on the acoustic guitar, often with a Latin flavour. However, once you’ve heard this album, it makes perfect musical sense.

Palma was bold to try out this concept as Chopin’s piano music is revered, particularly in Poland. The piano has a socio-cultural significance in that country, partly as a result of the legacy of World War II, so it was extremely important to get this recording right, to respect the original works, while adding a new but appropriate twist because it’s on a different instrument and it’s 2020.

Palma works his way through a selection of Chopin’s pieces for piano, all to equally good effect. The theme from track 4 (Preludium e-moll op, 28 nr 20) will be more recognisable to many as Barry Manilow’s hit Could It Be Magic – such was the strong melodic and harmonic influence of Chopin on the pop star. Manilow knew a great tune and chord sequence when he heard it, and the same can be said of numerous songwriters and composers in the fields of pop, musical theatre, and film music, but it’s not necessarily always a deliberate act.

Palma’s interpretation of Chopin’s famous Eb major prelude (op.9 nr 2) demonstrates that he’s not just directly transcribing a set of piano works to guitar – firstly there’s the issue of making the pieces work on a different instrument, which involves some reinterpretation of phrasing and timing, and then there’s the more creative aspect on the final page of the piece, where he improvises a cadenza where there was originally no cadenza by name, although the original work loosens up a little by that stage, even on the score.

The score of course raises a number of issues itself – which one should be used from the available published array? They’re all different to some extent, and pianists have differing opinions on what’s best, and what might be closest to Chopin’s intentions, but we’ll never really know for sure, because we can’t hear the composer or his preferred pianist (possibly Liszt) playing the piece (this was before the age when wax cylinder recordings were commercially available).

Anyway, there’s enough in the content of this album to consider it jazz and so it rightly has a place in the columns of this magazine – buy and enjoy this excellent album. For

Find out more about Adam Palma: Meets Chopin on Facebook, or at adampalma.co.uk. For more information directly, email Adam Palma.

Previous articlePhoenician Blinds: The Sight, The Seer And The Seen
Next articleThe Black Nothing: Stilleben

This album celebrates bassist Martin Wind’s quarter century since he arrived in the Big Apple from Germany in 1996. It’s a thank you to...

In this invaluable book Peter Zimmerman presents the results of interviews, mostly recorded within the last 10 years, with 21 musicians born in the...

My detestation of these per­formances for twenty years does not arise from an exaggerated reverence for the classics. The works are minor ones and...

Adam Palma: Meets Chopin"...there’s enough in the content of this album to consider it jazz and so it rightly has a place in the columns of this magazine - buy and enjoy this excellent album"
Advertisement