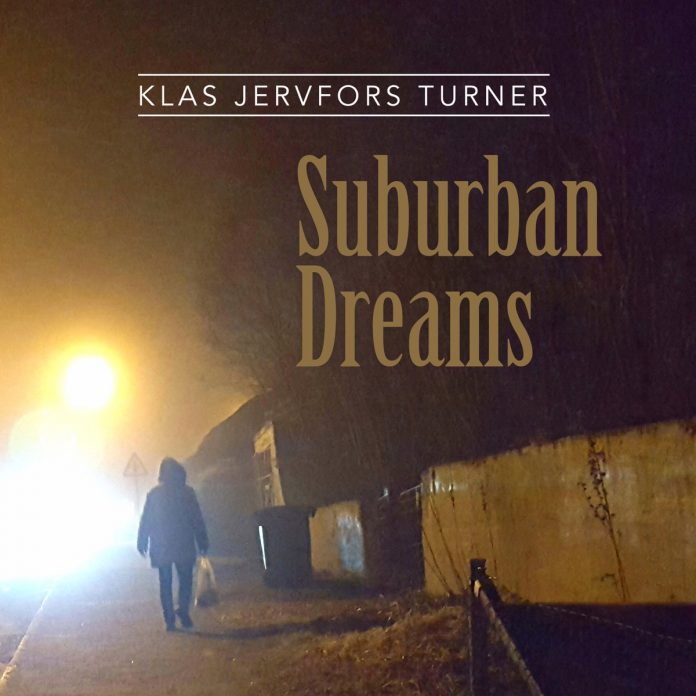 I’d not come across trombonist Klas Jervfors Turner until I heard this CD. On first listening I thought I must have been missing something – it’s that good. I was really surprised when I learnt that this is his debut album. How could something so complete in every way be a first album?

It turns out that the versatile Turner has been backing musicians for years in studio recordings and on stage. He has a wide ranging musical background encompassing reggae, jazz, blues, roots, folk and world music, honed by playing in a dub band for 10 years backing poet Linton Kwesi Johnson and in an Algerian raï band for 12. Apparently, when Turner performs in Scandinavia, he’s the musician that other professional musicians make a point of going to hear.

Turner wrote and played the horn arrangements for the score of In Fair Weather And Foul, a film about the lives of fishermen working on Lake Vänern, Sweden’s largest lake. The music was considered good enough to release on an album and consequently he’s supplemented this with compositions of his own to make Suburban Dreams.

The fishermen in the film have their own challenges and anxieties stemming from their particular way of life. Turner says he’s got his fair share of these being “ a midlife father working in the rat race” but that this can’t stop him dreaming of something better – hence the album’s title.

To make the recording he’s assembled a band of musicians that he’s played with over the years. Six of the numbers are Turner originals, four are by his bass guitarist, Zachrisson, and two are co-written by the pair. In the mix are catchy reggae beats, atmospheric soundscapes, jazz, Latin dance, jazz rock and gypsy swing. There’s even a psalm. Every track holds your interest from beginning to end. It’s a compendium of first-rate composition and musical wizardry. I’m looking forward to his next release.

Suburban Dreams is available on CD from cdon and in digital format from Spotify, Amazon, YouTube Music or Deezer

This is yet another artist who is new to me and one presumably facing the hurdles of attempting to establish a niche in what...

NormaNorma Miller died on 5th May. If you don't know the name, Norma was a star of Whitey's Lindy Hoppers. the astonishing dance group...

Apart from Beryl Bryden, the banjo is the most unmusical thing in jazz. The Merseysippi Jazz Band was playing at the Sacramento Jazz Festival when...

'...it’s also a text that could appeal to any music fan who wants to understand more about how the blues are sung' The title of...

The concert was the prelude to the first Jazz Study Weekend to be held at Christ's Hospital, that famous school near Horsham. All praise...