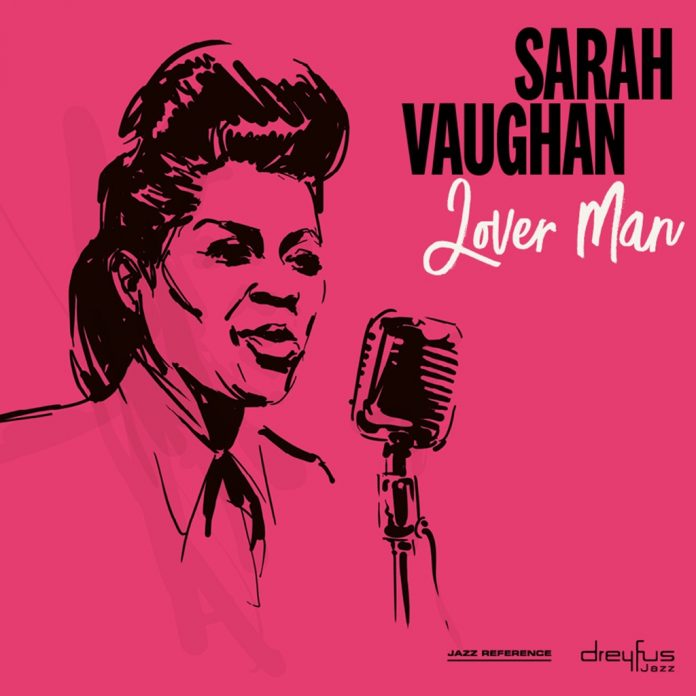 This Dreyfus release opens a narrow aperture on Sarah Vaughan’s career with a selection of recordings by the singer from 1944 to 1950. That it’s so narrow is to its credit – with a laser focus on these six years alone, we get an insight into a period in which Ms Vaughan’s style truly sparkled and bubbled, progressing from girlish debutante to fiercely modern jazz vocalist in a short space of time. For those used to hearing the somewhat aloof, cerebral delivery in, say, her live versions of My Funny Valentine, it may come as a surprise to hear the light-hearted style of some of her early recordings.

Vaughan’s sound in 1944 is near unrecognisable when compared to the vocal virtuosity she developed later, as this album shows. Listen to the innocent, tame Mean to Me (1945), which, although naturally accomplished, blends in with many of the other budding songstresses of that era. But the seeds of her full-throated sonority and ripe vibrato are there, and can be heard blooming only a few years later on, for example, this album’s 1950 version of Ain’t Misbehavin’.

In Ain’t Misbehavin’ (surely one of the best interpretations of this song ever committed to wax), Vaughan’s vocal is already miles more mature, with its trademark lithe glissandi and glittering purity of tone. Her vibrato begins here to take on a life of its own when really let loose, shimmering and thundering, and would do so even more as her career went on.

The album’s producers have ostensibly put much effort into remastering these recordings from 70 years ago so that the sound is as clear as possible, and this shows – the tracks come over full and rich, and mostly do very good justice to Vaughan’s vocal. These are on the whole small-band settings, including backing by Miles Davis and Dizzy Gillespie, and inclusions like definitive recordings of Perdido, Black Coffee and Summertime are what really make this set crackle.

Discography
Mean To Me; Lover Man; Interlude (A Night In Tunisia); East Of The Sun (And West Of The Moon); Ain’t Misbehavin’; Can’t Get Out Of This Mood; What More Can A Woman Do?; No Smoke Blues; Come Rain Or Come Shine; Signing Off; September Song; What A Difference A Day Made; I’d Rather Have A Memory Than A Dream; I’m Scared; You Go To My Head; I Cried For You; Black Coffee; Summertime; Nice Work If You Can Get It; It Might As Well Be Spring; Perdido (60.00)
Vaughan (v); various personnel including Dizzy Gillespie, Miles Davis (t); Charlie Parker (as); Teddy Wilson (p); Kenny Clarke (d). Various dates between 1944 and 1950.
Dreyfus 538476582