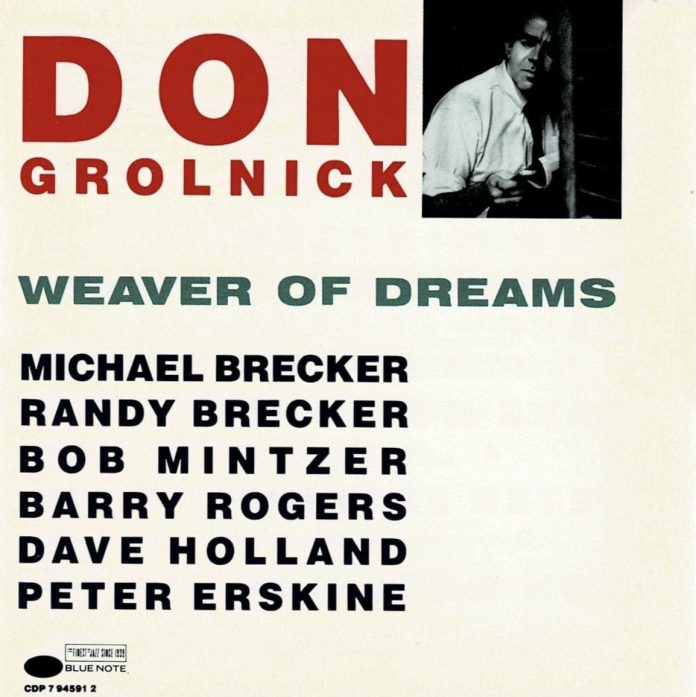 Although the received wisdom has it that Don Grolnick is an un­principled exponent of the funky fusions, he demonstrates on this record an ‘integrity’ which ought to warm the heart of the most sceptical purist. Like most of his peers, he is rooted firmly in jazz ‘proper’ and uses the occasion of his Blue Note debut to prove him­self a dues-paid bopper and more.

With the exception of Bob Mintzer’s bass clarinet (an in­spired inclusion, as evidenced by his superbly fluid work on Happy), the instrumentation is that of the typical post-bop combo. Much of the material is broadly of that ilk too: witness the prowling minor blues of No­thing Personal, the brisk swing of Or Come Fog, the Kind Of Blue-ish tinge of Persimmons and Five Bars and the elegant Wynton-thru-Herbie piano trio of the title track. However, if all this seems to point to deferential recreation, fear not. Grolnick’s arrangements and direction have an eccentric charm which makes his Monkish intra to Fog seem entirely fitting.

Nothing illustrates this better than Grolnick’s radical revision of his own Nothing Personal, a line which made its comparitively tidy debut on Michael Brecker’s eponymous 1987 Impulse issue. Here Grolnick considerably loosens both its structure and de­livery, as well as increasing its dramatic impact. He makes tell­ing use of abruptly shifting tem­pos and textures without compro­mising the unity of the piece, and where Brecker’s reading of the theme stopped neat and dead on the high note of bar five, Grolnick orders flaring unison horns, among them the unlikely bass clarinet. The leader’s solo is ironi­cally one of the most conventio­nal aspects of the track, offering a number of classic and deftly ex­ecuted harmonic substitutions, like the roller-coaster cycle of fourths excursion at the close of the first chorus. Arrangement-fanciers will also notice such touches as Grolnick’s simple but effective use of a single high ostinato note to frame Holland’s solo on Five Bars.

Of the other soloists, the Brecker brothers are routinely professional, but Barry Rogers grips the ear on the rolling gospel-flavoured Taglioni.

With its appealing reconcilia­tion of tradition and individuality Weaver Of Dreams provides an exemplar for the reactivated Blue Note label – and there haven’t been too many of those yet.