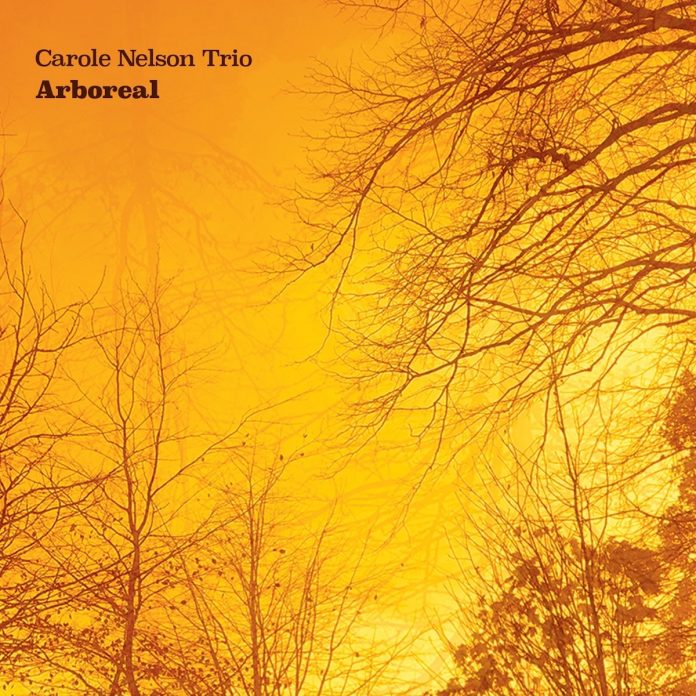 Nelson was born in London, and is based in Ireland. Following her 2017 debut album, One Day In Winter, her new album Arboreal has an ecological theme and inspiration. The music, says Nelson in her liner-notes, began with a walk through her local woods in South Co. Carlow.

She decided that she wanted to “express the living reality of a forest – from the mycelium network beneath my feet to the sheltering canopy above, with a sense of the deep interconnection of all living things.”

Nelson, ably supported by bassist Cormac O’Brien and drummer Dominic Mullan, is a memorable composer in a Romantic idiom. The piano trio ethos is in the post-Bill Evans mainstream, with Nordic and East European inflections of the Tord Gustavsen and Marcin Wasilewski type. The improvisation is effective and the interaction of the trio very sympathetic.

The title of the second tune on the album, Ar Scáth A Chéile, is from an Irish saying: “We live in each other’s shadows.” It’s an attractive, countryish composition. Beneath the Surface is a driving, groove-based outing with a contrasting lyrical section. The long, elegiac Requiem For Lost Species is a highlight, though the leader’s wordless vocalising on this track and elsewhere doesn’t pull me in as much as her pianism.

One Day In Winter, also on Black Stairs Records, and with the same trio of Irish musicians, was similarly introspective – though unlike its precursor, the new album doesn’t feature Nelson’s second instrument, soprano saxophone. This is a very worthwhile release, from a talent deserving wider recognition.

The gritty soul jazz of the Timo Lassy Band and DJ-friendly post-bop stylings of his Five Corners Quintet scarcely hint at the directions which...

Elephant9: Arrival Of The New Elders

It’s me, speaking from another dimension . . . I was talking to a colleague a week or so back, about the great change that...

Ten high-profile jazz bassists, along with a few lesser-known names, are interviewed on camera in this 73-minute video. Included are performances of bass solos...

The Melody Maker provided an interesting forum in recent issues for complaints and refutations about the Jazz Centre Society, the non-profit making organisation meagrely...

"The improvisation is effective and the interaction of the trio very sympathetic ... a very worthwhile release, from a talent deserving wider recognition"Andy HamiltonCarole Nelson: Arboreal
Advertisement