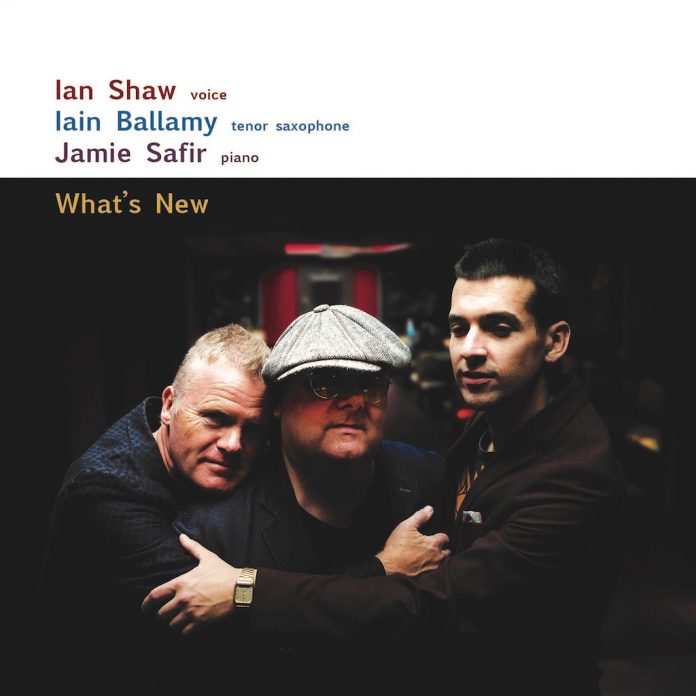 Sometimes the simplest formats are the best, as this fine album shows. Take an assured vocalist, an accomplished saxophonist, and an in-demand young pianist, arrange a set of standards and classic songs celebrating love, hope and devotion, and turn on the microphones. Predictably, it all comes together wonderfully.

Shaw and Ballamy actually go back together 22 years, when Ballamy, together with pianist Cedar Walton, supported Shaw on his Milestone album In A New York Minute. Ballamy is the ideal partner for Shaw, his breathy, atmospheric tenor lines wrapping themselves easily round Shaw’s distinctive, highly personal voice. On the lengthy intro to Prelude To A Kiss, he flutters in anticipation of that kiss and stutters suitably on I Wish I Were In Love Again. Sometimes he takes his time, never afraid of hanging back when required, but matches well the cadences, drawls and slurs of Shaw’s vocals.

As for Shaw himself, he treads a fine line between song and speech, fully exploring the meaning of every word and line he utters. He is wistful on Once Upon A Summertime, suitably tentative on Prelude To A Kiss, and most effective on Jobim’s If You Never Come To Me. Slower numbers suit him best, as proves by his thoughtful delivery of Leonard Bernstein’s sublime Some Other Time and his poignant, evocative, occasionally demonstrative stroll through Jimmy Van Heusen’s I’ll Only Miss Him When I Think Of Him.

As for Safir, he is perfect throughout, his solos little gems of creation, notably on the usually clichéd Alfie, which he rescues with sudden outbursts of colour, while his comping behind his two fellows makes you want to replay each track just to concentrate on the background piano. In places he almost upstages Shaw, but then this set is a collaboration of equals. As such it works wonders.

Discography
What’s New? You’ll Never Get To Heaven (If You Break My Heart); Prelude To A Kiss; You Stepped Out Of A Dream; Once Upon A Summertime; If You Never Come To Me; I Wish I Were In Love Again; Some Other Time; It Might As Well Be Spring; Alfie; Come Sunday; I’ll Only Miss Him When I Think Of Him (65.20)
Shaw (v); Ballamy (ts); Safir (p). Cooper Hall, Frome, Somerset, 21-23 April 2019.
Silent Wish Records SWRCD1

French drummer Guillaume Nouaux has fulfilled a long-held ambition in putting together this album, inspired by some cherished recordings entitled "Zutty And The Clarinet...

Bassist who came from the extremities of the British Isles to essay the extremes of jazz, ranging from Alex Welsh to John Stevens

Both these issues signal a return to the 'electronic' Getz of a decade or so ago - obviously enough in the Emarcy's case, since...