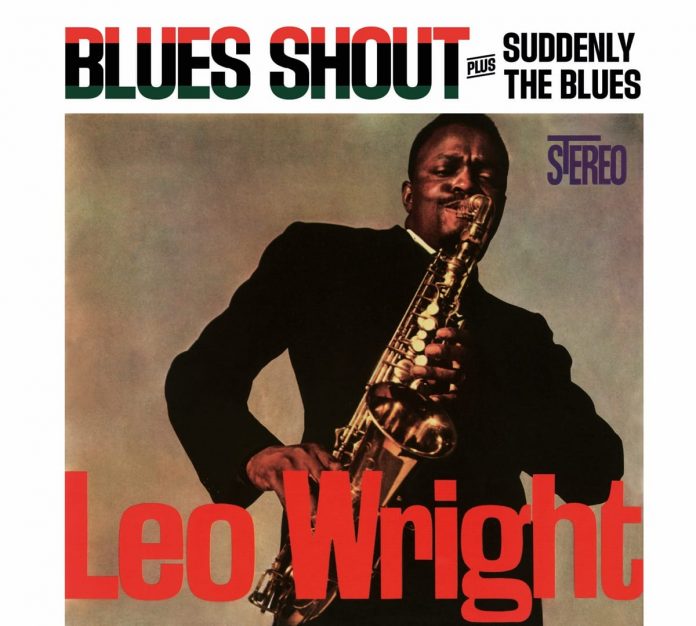 Leo Wright was a first-class alto player and considered by many to be one of the finest flautists in jazz. It’s surprising therefore that he isn’t better known. He learnt to play alto as a youngster and developed fluent skills on flute after being drafted into a US military band. After working with Charles Mingus, Wright filled the gap vacated by Les Spann in Dizzy Gillespie’s quintet when he was 25. He later worked with Lalo Schifrin, Tom Jobim, Jimmy Witherspoon and Lee Konitz, amongst others.

In 1960 Wright made his first album as leader, Blues Shout, followed in 1962 by Suddenly The Blues. Both LPs are digitally remastered here and the recording quality is excellent.

Suddenly The Blues has Wright on both alto and flute, Kenny Burrell on guitar, Ron Carter (who was with Bobby Timmons’s trio at the time) on bass and Rudy Collins on drums.

Top picks include Wright’s melodic cover of Jobim’s A Felicidade from the film Black Orpheus, Dionysos (penned by Schifrin with his pal Wright in mind – the Greek god also played flute), Sassy Lady (a 16-bar blues named after Sarah Vaughan) and the title track, Suddenly The Blues, which was improvised spontaneously by the band after the session had finished.

Just before recording the set, Wright had been apprehensive about the absence of a piano but he needn’t have worried – with Burrell firing on all cylinders you don’t really notice.

Barry Witherden - 31 December 2020
Amongst the many grim things that 2020 will be remembered for, the passing of Keith Tippett will have left an especially poignant void even for many of us who...