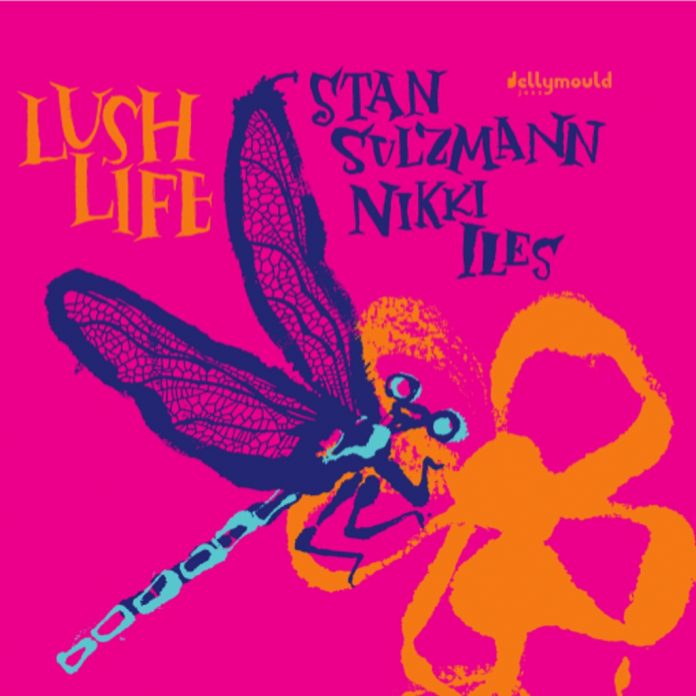 Stan Sulzmann and Nikki Iles have recorded in various groupings over the years but their own sax and piano pairing has generated just two albums in the past quarter century – Treasure Trove in 1994 and Stardust in 2014. Now they’re back together but this time as a trio with Dave Holland on double bass.

Of the originals, Sulzmann’s Pip is the name of an exuberant cocker spaniel that he and his wife looked after when they were house sitting in Cornwall. Odonata is the Latin name for the species of dragonfly that dart around Sulzmann’s garden. Iris was written by Iles in dedication to modern novelist Iris Murdoch and Moontide was composed in tribute to Norma Winstone who sings in Iles’s band Footprints.

Sulzmann selected You Don’t Know What Love Is in recognition of the influence that Billie Holiday’s album Lady In Satin had on him when he was 18. Newley’s Who Can I Turn To has always had a strong influence on Iles and she selected this having first heard it on records by Tony Bennett and Bill Evans. Her arrangement takes the song, in her words, “through some new twists and turns”. Between Moons is a composition by John Taylor who asked Sulzmann to arrange it for a big band some years ago. It’s now rearranged for this trio. Iles has liked The Night We Called It A Day ever since listening to versions by Sinatra, Carmen McRae and Oscar Peterson and she selected this owing to its fertile grounds for a fresh take. Similarly, Sulzmann has been fascinated by Strayhorn’s Lush Life ever since hearing Phineas Newborn’s cover when he was 15 but he’s rarely had a chance to play it until now.

The relaxed interplay on this album between Sulzmann and Iles is a perpetual pleasure and their close musical rapport affords ample room for individual expression. Sulzmann’s tenor sax is fluent, spirited and at times hauntingly soulful. Iles’s piano is lyrical and reflective, much in the manner of Bill Evans. Both intertwine exquisite improvisations throughout the album. Every note is crystal clear and all the while Holland’s masterful and melodic collaboration on double bass is a delight to behold. This is a triumph of creative partnership.