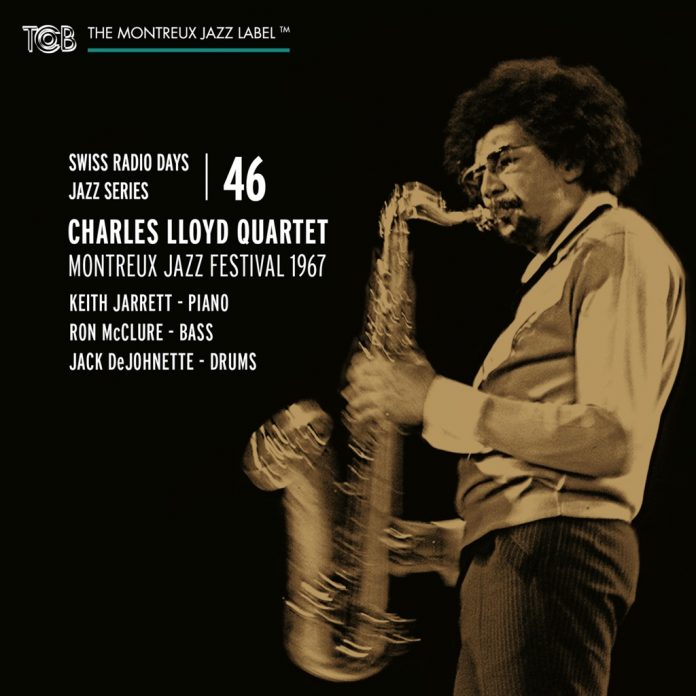 I have a private theory that something in the Swiss air or in Claude Nobs’s Montreux set up either turned ordinary players into superstars or sucked the life out of them. With Lloyd and his men, it seems to have been the former, fortunately; but, of course, they were already getting used to playing big, rock-scaled venues and exuberant crowds of youngsters.

This is an important set for Lloyd collectors in that it doesn’t have too predictable a programme for the time. Apart from Forest Flower, which weighs in at a whopping 27 minutes, the themes are relatively fresh rather than repetitive. I have to confess that I’ve always preferred the Lloyd of this period to the post-comeback work, which I admire, but can’t bring myself to love. Nostalgia may have a part to play in that, but it also occurs to me, equally heretically, that I found Lloyd’s ecstatic manner often more involving and convincing than Coltrane’s, which still defines the term “God-bothering” for me. And in 1967, he had a group that was so prodigally talented it was practically illegal. Jarrett (and I feel the same about him) was playing out of his skin and DeJohnette was reinventing the art of drumming, but without the scorched-earth radicalism of Sunny Murray or Milford Graves. And Ron McClure, who we can hear properly now, is often every bit as interesting as Jimmy Garrison.

Jarrett’s opening tune is a delight and Gabor Szabo’s Lady Gabor is one of those themes that appeals to someone like Lloyd who never seems to know whether he is in the harmonic or modal realm. At more than half an hour Sweet Georgia Bright goes on a bit, but this was a crowd-pleasing festival performance and all four were determined to make the most of it.

Lloyd has some of his finest moments on Love Ship, which starts the second disc, but everyone tires momentarily on Love Song To A Baby, before gathering again for the final circuit. It’s a great performance by a truly great band.

Hugh Rainey - 01 March 2021
Australian-born vocalist Gemma Sherry has been resident in NYC and Philadelphia since 2010, and studied vocal improvisation at the New School under Billy Harper. In Songs I Love, the well-chosen...