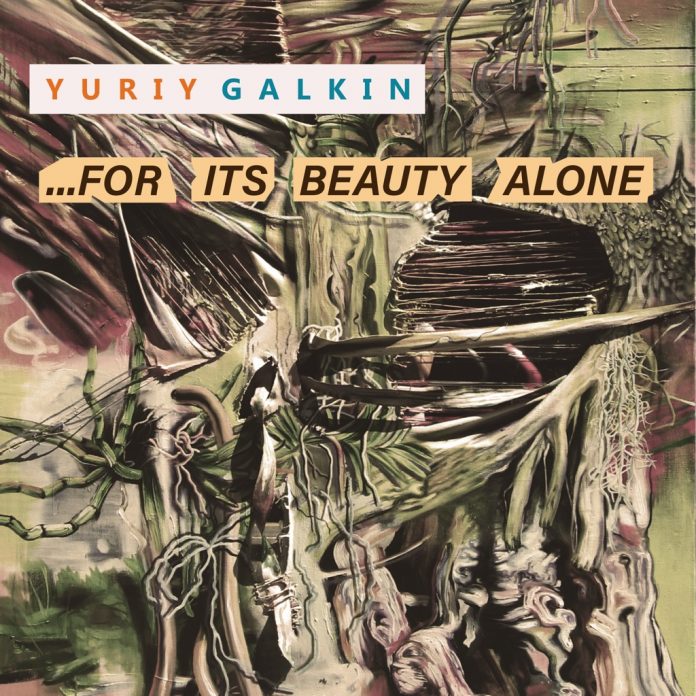 Galkin is an acoustic and electric bass jazz player, composer, bandleader, producer and musical educator. He hails from Russia and in 2017 located to New York City, where this album was recorded.

For Its Beauty Alone opens with some questioning, brooding, piano from Mitchell; almost classical in structure and establishing the story that unfolds over the course of the album. That sense of quiet foreboding is in keeping with the themes Galkin explores. As he explains in the release notes,” the composition is a reflection of events that took place in recent years and the impact those events imposed on humanity”. Quite what these events are is not explained in detail, leaving the listener to draw their own conclusions, or concoct their own interpretation of what might be going on.

The pieces sit together well, often underpinned with an urgent rhythm set down by Royston, before Binney picks away and teases out questioning lines on alto sax. And, of course, composer and performer Galkin keeps the heart of the album beating with his bass lines. For an album that has dark undertones, there are moments of calm and serenity – Cradle Song breaks the sense of urgency that runs pretty much throughout the album with moments of tenderness and reflection.

Moody, impressionistic, and often sounding like sequences from a sci-fi soundtrack, this certainly keeps the listener engaged, even if the overall story being told through music is less than clear.

Yuriy Galkin: For Its Beauty Alone can be sampled and bought at bandcamp. The Smalls club page has a biography and some more information

Michael Tucker - 02 February 2019
The Icelandic Magnusson (b. 1974) and the Norwegian Lund (b. 1978) are well known figures on the New York scene – Magnusson studied there with Larry Goldings – but...