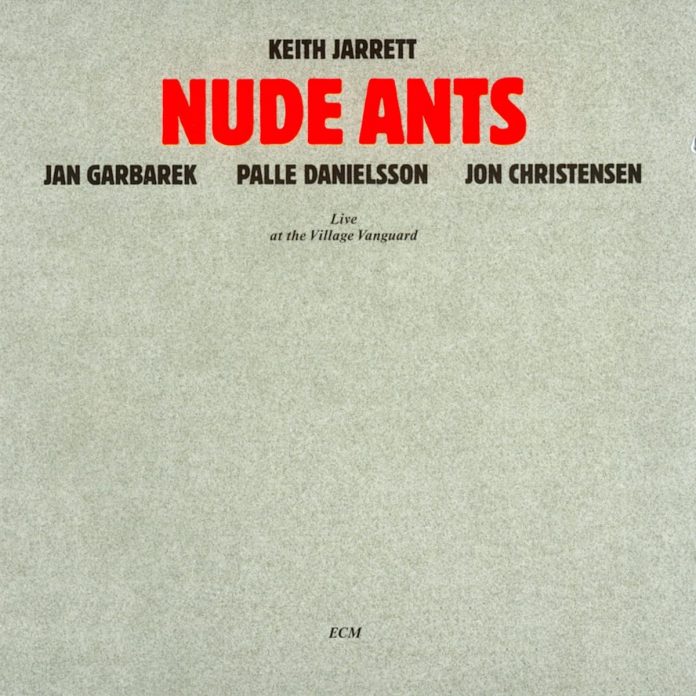 Another title for this double album might be ‘Coals To Newcastle’, for it contains three European musicians playing music that originated in America, to American listeners, on their home ground.

With Jarrett at the helm, it might be expected that the resulting music would be memorable, but in fact more doubts are created than satisfaction. Three of the six titles are lengthy, they exceed sixteen minutes, and there may lay the root of the problem.

Each track begins with promise, Jarrett’s multi-layered piano setting the pace, the ideas tumbling out, hinting at routes to be followed in the improvisation, yet it often seems that Jarrett is in his solo role – once his contribution is complete, he has little left to say.

Jan Garbarek is a capable musician but one who lacks individual personality and all too often his contributions sink into incoherence — Chant Of The Soil displays all of these aspects. The same thing occurs on Oasis, the longest and the weakest title of the six. The track becomes bogged down into an undisciplined morass of flailing piano, over-pitched saxophone and turgid rhythm. Innocence is an example of the beauty and excitement Jarrett can produce, helped perhaps by the more concise nature of the piece. Garbarek conducts what is virtually a duet with Jarrett to produce what is his best work on the album.

The moral seems to be that the band over-stretch themselves on the longer tracks, for whilst Jarrett is more than capable of sustaining such marathon performances, I fear the same cannot be said for the others.

John White - 23 April 2021
Widely regarded as a seminal recording of the 1950s, Somethin’ Else featured Cannonball (as leader) renewing a partnership with Miles that had earlier produced two other classic albums: Milestones...