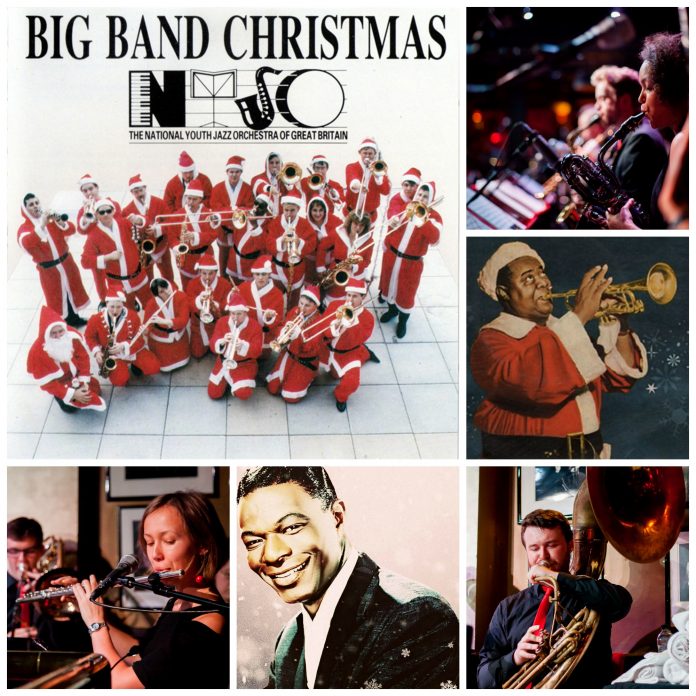 The last jazz record for Christmas I heard was by the World’s Greatest Jazz Band, who treated the material in a fairly straightforward manner and re­lied heavily on their soloists.

A glance at the titles makes it obvious that a certain amount of irreverence and wit has gone into this project and a look at the list of arrangers will suggest (and correctly) that the arrangements are dominant. They range in style from the Basie-like writing of Alan Hare’s Manger to the more adventurous approach of Alec Gould’s 5/4 version of We Three Kings and should appeal to a wide range of big-band devotees.

The soloists do get a look in of course and I was particularly im­pressed by brass players Wood, Presencer, Bassey and Nighting­ale. The vocalists’ contributions are weaker but as they only have one song each it doesn’t much matter.

I hadn’t heard this band at length before and this album has left me pleasantly surprised by the range and quality of the mate­rial they can commission and the self-assurance they bring to its in­terpretation. (And the playing time certainly smacks of seasonal generosity.)

Ian Lomax - 19 April 2019
Jeff Ballard is a well-respected drummer who has played with Ray Charles, Chick Corea, Pat Metheny and Brad Mehldau. These are not bad jazz credentials but Ballard embraces other...