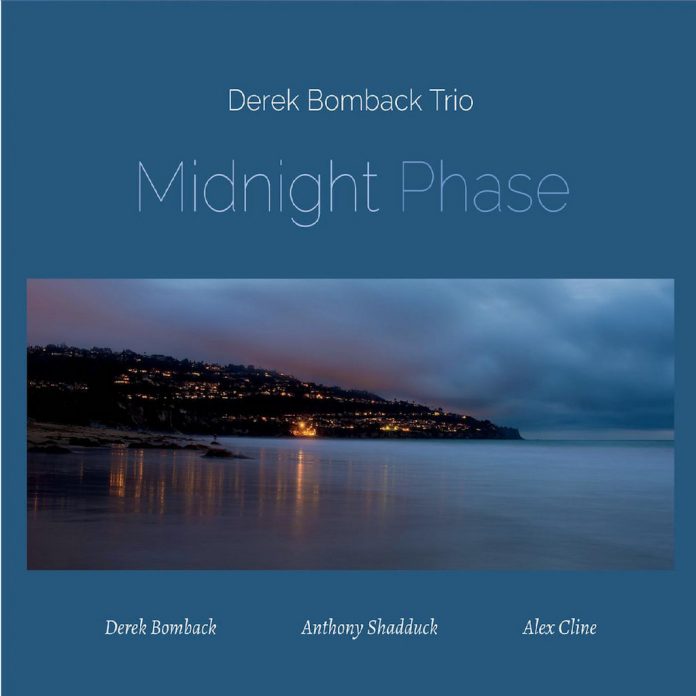 Derek Bomback studied at Berklee College of Music in Boston, where he received dual degrees in Jazz Composition and Guitar Performance in 2010. Bomback cites Pat Metheny and Bill Frisell as two of his primary influences and this is apparent in his compositions and playing. But also detectable, as heard on Secret Knowledge, is undoubtedly a touch of inspiration from Berklee’s legendary professor of jazz guitar, Mick Goodrick, which can only be a good thing.

The most established member of the trio is drummer Alex Cline who’s played and recorded with a host of names including Greg Bendian, Don Preston, Vinny Golia and Tim Berne. He is afforded his own short solo track, Introduction, which serves as a hypnotic intermission of sorts and segues neatly into the memorable title track. The Problem Of Induction benefits from a catchy, angular head that repeats at the track’s conclusion.

It would have been helpful to include instrument attribution to the trio’s participants since only their names are disclosed on the CD’s digipack. That said, Bomback is gifted with a sensitive and elegant style, his guitar-led trio producing some appealing music which beguiles the listener sufficiently to invite repeated plays.

Discography
Ski; On The Other Side Of The Hill; Bell; Introduction; Midnight Phase; Secret Knowledge; The Brisk Pace; The Problem Of Induction (40.32)
Bomback (elg); Anthony Shadduck (b); Alex Cline (d, pc). No recording details given.
derekbomback.com

Steve Voce - 10 March 2019
Dave Bennett has been working on the Creole Jazz Band tracks for years and I must have a dozen CDs of his various attempts. He’s finally expressed himself satisfied...