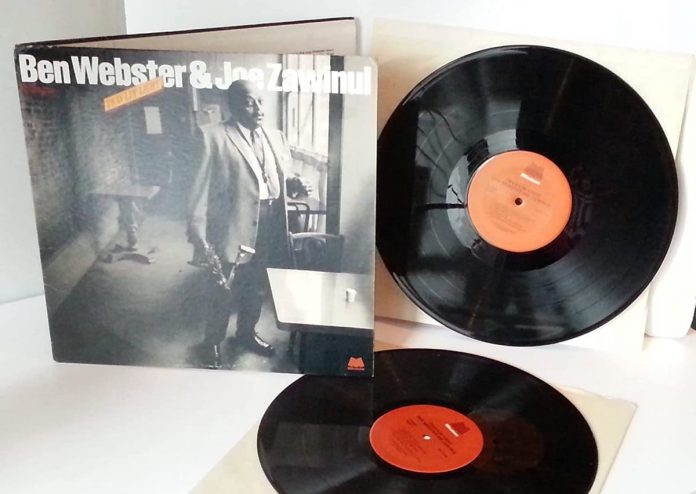 This double was originally issued as ‘Soulmates’ by Riverside, with the last four tracks coming from a Bill Harris album made by Fantasy. And it is these final four which pro­vide the meat in the pudding. Crazy Rhythm goes off like a bomb with splendid solos from Ben, Jim­my Rowles, Harris and Mitchell. This is a real swinger with the rhythm team laying down a most spirited beat. The other three Har­ris tracks are all ballads, played by Ben with that breathy understatement which he made his own trademark. His playing of Mellowtone is masterly, bringing back memories of his halcyon days with the Ellington band. Harris’ full toned trombone provides a good foil, his tone being almost as broad as Ben’s – not very inventive, but he plays with swing.

The rest of the album is ruined for me by Zawinul’s superficial, rigid piano playing. His solos don’t swing one iota, and he never helps Ben get in a real groove. However Ben’s reading of the beautiful Come Sunday is very emotional, and he does lovely things to Like Someone In Love.

The second session has a much harsher feel, almost rhythm and blues in places. Ben thickens his tone and he plays Soulmate with tremendous feeling. Piano much better here and the rhythm really get dug in.

Not by any means an essential Ben Webster, but it does have its great moments.