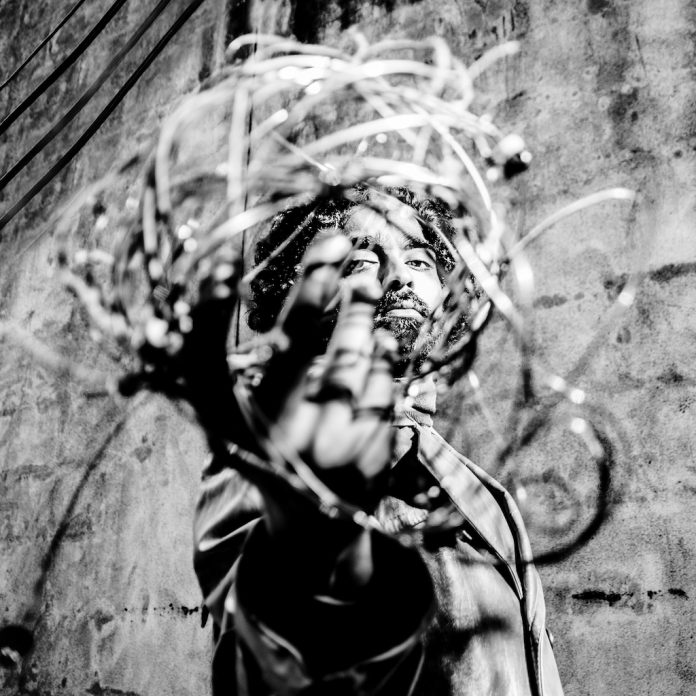 My only previous encounters with Raghavan have come via a couple of live sets with trumpeter Ambrose Akinmusire’s quintet. Impressed by his huge, woody tone, confident poise and strong but not overbearing presence, I’d already tagged him as one to watch. Since arriving in New York in 2007 Raghavan has loaned his considerable talents to the music of Kurt Elling, Charles Lloyd, Logan Richardson and Vijay Iyer, though Calls For Action is his debut outing as a leader.

First teaming up with his bandmates while recording with up-and-coming vibes star Joel Ross, Raghavan clearly heard a potential that he wanted to explore further. The band spent the best part of a year rehearsing and rehearsing these pieces until every curve and contour could be bent and re-formed at will. Quite deliberately embracing the constantly shifting dynamics of real-time performance, Calls For Action takes the notion of “live in the studio” to a whole new level.

Bookending the set are two statements for solo bass. Intro carries a sense of gravity and foreboding, holding the attention before the senses are assaulted by the dense rhythmic vortices of Newe. Los Angeles has something of a nocturnal glow, a yearning study of a romantic city that Raghavan once called home. Sangeet summons the joy of his recent wedding, while I’ll Go, And Come Back is a poignant and somewhat autobiographical study of loss, a fond farewell to older generations of his immigrant family.

Unlike the music of Vijay Iyer or Rudresh Mahanthappa which sets out to create an Asian-American jazz fusion, Raghavan’s work is very much rooted in the contemporary New York vernacular. Seaminer was inspired by a haunting monochrome photograph of a Welsh coal miner, and it’s an explosive piece with a string of powerful solos from Wilkins, Ross and Thomas. Elsewhere, Sumbry’s attack has an almost machine-like complexity on the busy 4560 Round Trip and Junior, Shift reveals a band comfortable in a groove, while the many playful twists of Raghavan’s title-track salute the rebellious spirit of the Art Ensemble.

Bristling with spontaneity and played with unmistakable conviction, Calls For Action is an assured statement by a young artist in the ascendant.

Michael Tucker - 22 October 2019
Here is something more than a touch special. McLoughlin is well-known for her playing - her saxophone sound and improvisations have drawn praise from no less a connoisseur than...

Jazz Journal - 30 November 2020
Perhaps the most interesting aspect of this cheerful set is the absence of Dave Holland. Although he toured with the trio this summer, all the acoustic bass sounds here...