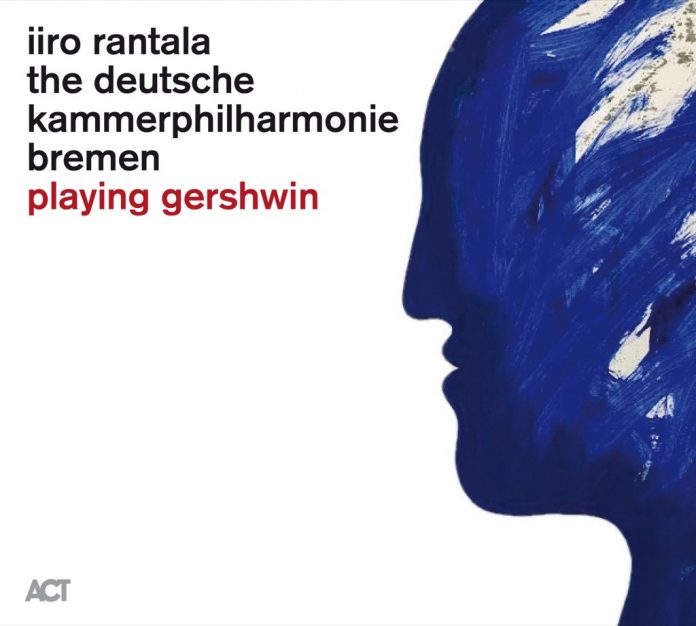 Playing Gershwin And Rantala might be a more appropriate title for this album as almost half of the programme includes some of the Finnish pianist’s own compositions. Enthusiasts will be familiar with some of these titles from his other ACT recordings.

Teamed with the excellent Deutsche Kammerphilharmonie Bremen, this is a big-sounding album, full of dramatic and spirited music. The performances of two of Gershwin’s most well-known and well-loved compositions are enough to warrant a five-star review, such is the verve and presence in the recording.

If it’s Rantala that inevitably shines in his playing on Rhapsody In Blue, then the Porgy And Bess Suite belongs to fellow Finnish musician Antti Tikkanen; his solos steal the suite with their bluesy, emotional engagement. Both of the Gershwin arrangements are notable for the way they preserve the spirit and textures of the original music and yet bring something fresh and new to the readings as well.

Rantala’s own compositions acknowledge the influence of Bach, Mozart, the tango, world music and rock. Yet, interestingly, they all sit alongside the Gershwin material very well indeed. Overall, there is a cinematic quality to the performance taken as a whole, with strong rhythms and unexpected turns of phrase placing some of Rantala’s work comfortably in the world of a Hitchcock thriller or, on Hard Score, perhaps an escape movie set in World War Two. The final track, Freedom, was influenced by Rantala’s interest in the Jonathan Franzen novel of the same name. It’s good, but perhaps a slightly underwhelming finish to a fine album that started big, and perhaps deserved an even bigger finish.

Nigel Jarrett - 21 April 2020
One of the tracks on Nigel Hitchcock's new album is called Panharmonia, supported in the saxophonist's liner notes by seven meanings of "pan" including "all" or "all inclusive". The...