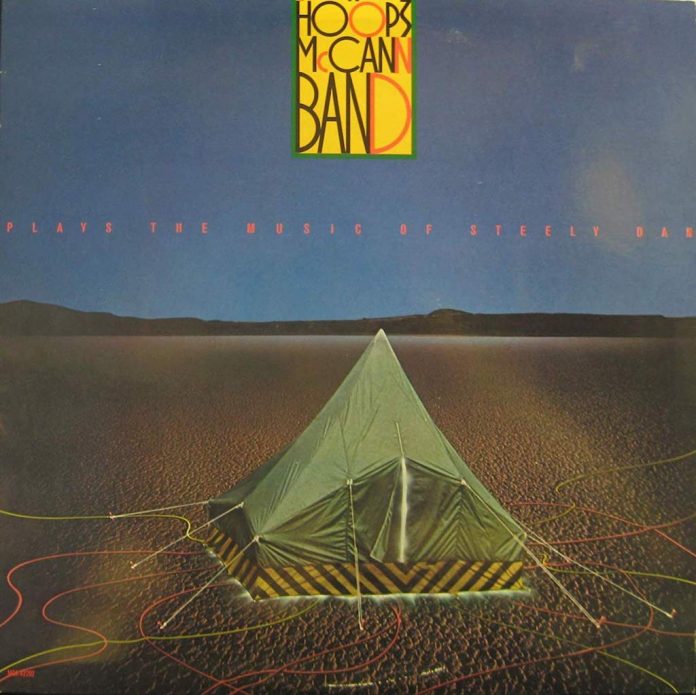 This isn’t the first time the bril­liant compositions of Walter Becker and Donald Fagen have been covered by a strictly instrumental big band: Woody Herman did something very similar in the seventies on Chick, Donald, Wal­ter and Woodrow (Century CR-1110). However, apart from the improved sound (carried here on CD) and certain stylistic updates, there isn’t much progress to re­port.

The Hoops McCann Band fea­tures some perfectly competent jazz soloists, notably Bill Perkins, Chuck Findley and Jim Coile, but Dan aficionados are unlikely to be thrilled by these readings. The main problem is a tendency for Becker & Fagen’s strikingly origi­nal charts to be smoothed into Radio 2 blandness. Fine, if that’s what you like, but hardly a com­pliment to be composers, who, in their perfectionist way, had already laboured hard to turn out the definitive recordings. At worst, as in Gene Esposito’s arrangement of Glamour Profes­sion, the integrity of the original is destroyed: where the shifts be­tween sections had originally been virtually imperceptible, this stop-start treatment sounds clumsy. Glamour illustrates another problem: it’s interesting enough until the theme is through and the band lurches into routine four-to-the-bar swing. Much of the strength of Becker & Fagen’s writing lay in a tense marriage between jazz har­mony and subtly recast Latin rhythms and r’n’b backbeats. The Hoops McCann approach simply produces another set of anony­mous blowing changes.

If you’re a fan of modern big bands and can forget or have never heard Steely Dan, you’ll probably like much of this. Dan fans will find themselves sent back gratefully to the originals, although they might sample the tasteful treatment of the theme to Babylon Sisters.
Mark Gilbert