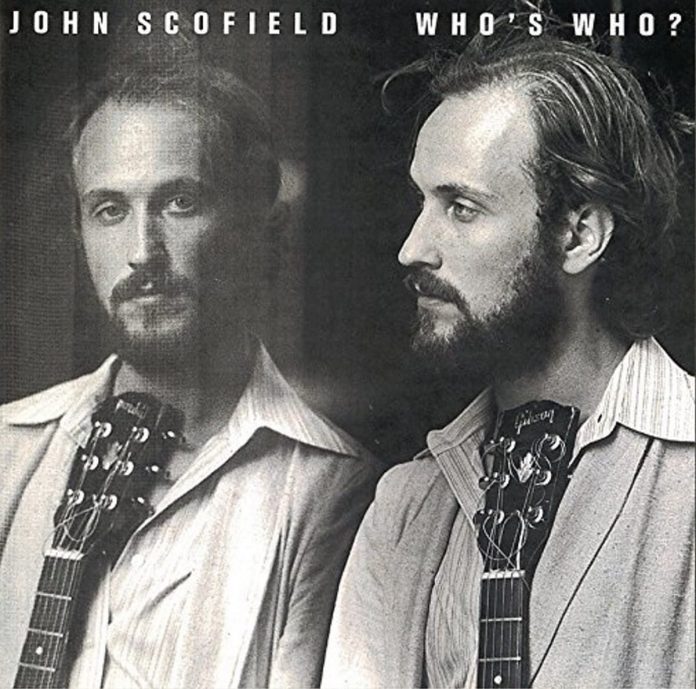 Thirty years ago, Mark Gilbert reviewed John Scofield's then new Time On My Hands and a BMG Novus reissue of the 1979 Who's Who adding four tracks from Bar Talk

Thanks perhaps to its star-studded cast, Time On My Hands has excited considerable critical acclaim, but it’s actually hard to discern here any material ad­vance on Scofield’s late seventies and eighties work.

The primitive New Orleans-inspired Wabash III and Farmacology and the Ornette-flavoured So Sue Me, Stranger and Be Hear all suggest resurrection rather than discovery. Even the changes in Scofield’s guitar technique in recent times have been borrow­ings rather than inventions. Volume-swelling and heavy chorussing (on the son-of-Protocol cut Stranger) and open and fret­ted harmonics (Fat Lip) have been popular devices in rock music for years.

However, as a balladeer Sco­field remains ahead of the pack. Easily the highest point of Time On My Hands is Let’s Say, where, shadowed sensitively by Joe Lovano, Scofield squeezes out a poignantly beautiful melody over Haden’s enormous bass figure. The bare major 7ths which dominate his brief solo show that he still retains the ability to raise eyebrows.

Apart from reminding us of Scofield’s original sound of sur­prise, the welcome reissue of Who’s Who perhaps indicates a new trend. With the hard bop vaults surely now near exhausted, the reissue band­wagon seems to be rolling for­ward into the heyday of fusion. BMG’s Novus ’70 series prom­ises to reintroduce much that might have been feared lost for­ever, including two volumes of Brecker Brothers material.

Who’s Who is in fact an amal­gam of two Arista Novus issues — the complete 1979 Who’s Who and four tracks from the 1980 Bar Talk. Both albums demonstrate a level of creative inspiration which Scofield has never surpassed. After this, through Miles and his own electric quartet, Scofield’s main task was one of consolida­tion.

Who’s Who is the more deci­sively fusion-oriented of the pair, the funk, samba and rock grooves of Steve Jordan and the great Anthony Jackson given breadth and colour through Scofield’s distinctive harmonic resources. Other, lesser, tracks (How The West and The Beatles) feature the Coltranisms Scofield adopted on two straightahead dates for Enja in the late seventies. Perhaps the most memorable episode here is Scofield’s solo on Who’s Who, where he takes extraordinary risks with upper neighbour side­slips. Unfortunately for Scofield disciples though, the entire CD runs about half a semitone sharp. Mixing Jim Hall lyricism and BB King raunch in equal mea­sure, the Bar Talk tracks long pre­figure the late eighties work that has brought Scofield to popular notice, and for sheer beauty and compelling melodic power, his Fat Dancer solo matches any­thing he has produced since.

This follow-up to the excellent Volumes 1 and 2 of John Beasley Presents: Monk’estra tells us that this time Monk’estra (with broadly speaking the...

Although he was white Red Rodney was menaced in the south when he was on tour with Charlie Parker’s quintet. Before the trip Billy...

Frank Zappa, who died 26 years ago at the age of 52, was a major figure in 20th century popular music. That a keen...

Although these five CDs span an 11 year period in Scofield's varied career, they illustrate a narrow range of his art. There's a seven...